Working from home is creating new tech hotspots. But they won't be where you might expect

Business leaders are thinking of creating new hubs in a move away from traditional technology innovation centers. But tech workers, not bosses, could be deciding where they will be.
Written by Daphne Leprince-Ringuet on July 20, 2021 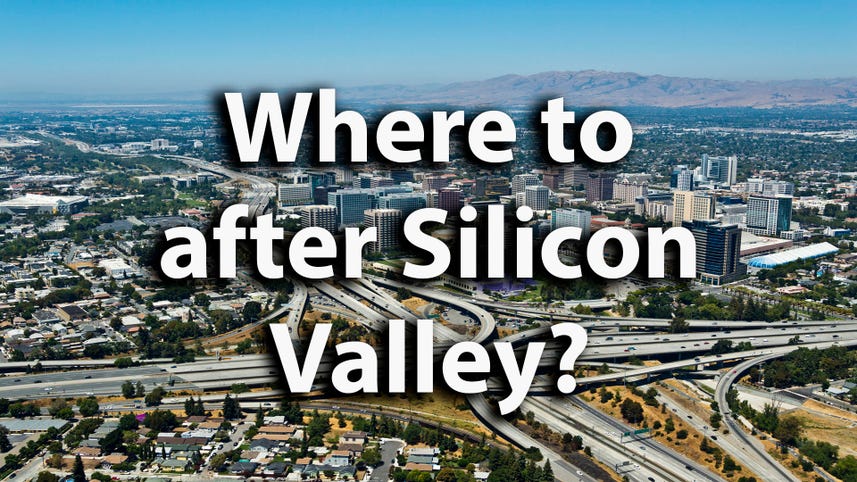 For many tech workers, stuck in small flats and paying an exorbitant rent just to be within commuting distance of company headquarters in huge hubs like Silicon Valley, the global switch to remote work caused by the COVID-19 pandemic unlocked the possibility of telecommuting to work from a cheaper, greener, better location.

Leading technology companies were soon promising their workers that the arrangement could be made permanent. Facebook led the effort, adding that it would aggressively open up remote hiring, and was promptly followed by many others ranging from Twitter and Square to Salesforce.

With WFH now being the norm at least for some, therefore, it is tempting to speculate that well-established gigantic tech hubs like Silicon Valley are on track to becoming ghost towns, while employees scatter across different cities and even countries.

A new survey from KPMG seems to give some credence to this prediction. Across 800 business leaders, the consultant found that only one-third of respondents felt strongly that Silicon Valley would maintain its long-term innovation leadership position, with another third believing it won't.

Two overriding reasons came up for the sentiment that the world's innovation center will move away from Silicon Valley: talent is leaving the area because of high costs of living, and the rise of remote working is pushing other cities around the world into becoming leading technology hubs.

"Tech is an industry where all ships are rising, and it would be crazy to think that it would all continue in one place," Alex Holt, global head of technology at KPMG, tells ZDNet. "You can't adapt to every single person in an organization, but rather than saying: 'It's Silicon Valley or nothing', companies will create five or 10 hubs outside of the Valley so people can work and operate from somewhere else."

Throughout 2020, employees fled the campus life of hubs like Silicon Valley, attracted by dreamy destinations such as Lake Tahoe, for instance, which in turn started seeing an influx of home buyers keen to log into work from a new, often much more inviting environment.

Analysis from Bloomberg found that a third of homebuyers in some of the towns surrounding Lake Tahoe were employed by tech companies, including 10 purchasers from Facebook and nine from Apple.

In that light, it is easy to see why the Silicon Valley-inspired model, with its huge campuses complete with gyms, shops and cafeterias that blur the line between work and play, is quickly becoming outdated.

But it doesn't mean that employees are totally ready to bid the office a definitive farewell just yet. When everybody figured out that, as long as they were connected, they could effectively work from anywhere, they thought about how far they could push that shift, says Holt. Some people went on driving tours of the US because they always wanted to, and just made it work with their workload.

"Fast forward a little bit, and I think a large group of individuals then felt that they missed being with their team. Being able to take a trip in the mountains or near a lake and still do your work is amazing, but as we've gone on, people have missed that personal interaction."

To retain their top talent, therefore, businesses will have to strike a delicate balance between the rising popularity of the "digital nomad" concept, and the persisting need to gather in teams in a physical office.

For Holt, this will mean multiplying the number of hubs in which a company has locations so that most employees are within hitting distance of an office – and able to come in when they wish or are required to.

In fact, only 22% of respondents to KPMG's survey said they believe hubs are no longer important, while almost twice as many decision makers (39%) reported that they still think that employees will continue to coalesce and collaborate in large, tech-friendly cities.

The analysis even provides a picture of the cities on track to becoming leading business locations. Outside of Silicon Valley, respondents saw Singapore as a top technology hub in the making, followed by New York, Tel Aviv, Beijing and London; but also Bengaluru, Hong Kong, Austin and Seattle.

All of these, said KPMG, will potentially emerge as real challengers to Silicon Valley over the next four years.

None of the contenders are surprising – and that's because some of the criteria that were central to creating a tech ecosystem before the pandemic will continue to prevail – think modern infrastructure such as high-speed bandwidth, generous tax and government incentives, available funding, and above all, research-intensive universities.

This is why Holt believes that Silicon Valley will remain a tech hotspot, due to the presence of key components like academic links. But according to the analyst, there will be a shift from a view of technology hubs that only included a select few, to a dispersal of businesses' infrastructure over more areas. And this is largely for one reason: to adapt to the changing desires of the workforce.

"Before, if you were running a big company, you'd get the talent to relocate and come to you. What we're seeing is a shift in influence," Holt tells ZDNet. "Organizations are recognizing that talent may not want to be exactly where they are, and if you want that talent, you have to offer a flexible scenario that works for them as well."

The next few months and years will soon reveal where those hubs will be located exactly and how companies manage the dispersal of talent across different regions, and sometimes even countries.

But one thing is for certain, according to KPMG's analysis: the balance of power between employer and employee is shifting. In the new world of WFH, workers are in charge of when they commute and to where. Retaining talent will require business leaders to adapt to their employees – and not necessarily the other way around.

CXO
Remote working vs back to the office: Benefits are clear, but there could be trouble ahead for some