The Chinese smartphone and consumer IoT company heralds its arrival in the UK with a new flagship handset and a store in London.
Written by Charles McLellan, Senior Editor on Nov. 9, 2018 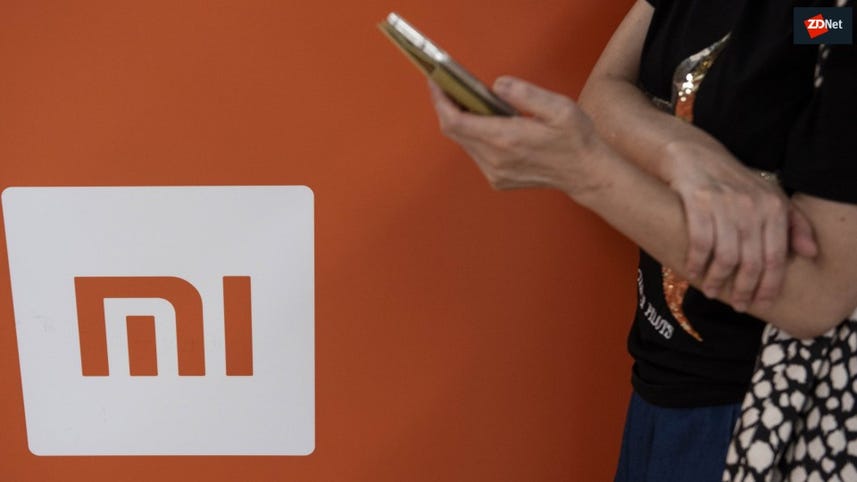 Xiaomi, currently the number four smartphone-maker worldwide behind Samsung, Huawei and Apple, has officially entered the UK market, spearheading its latest European expansion with the global debut of a new flagship handset, the Mi 8 Pro.

The company will also open its first authorised Mi Store in the UK on 18 November, in London's Westfield shopping centre. This will showcase not only Xiaomi's smartphones, but also a range of smart home and lifestyle products, including fitness tracking bands, an electric scooter and more.

Xiaomi joins a number of smartphone manufacturers seeking to offer premium features at a competitive price, and has officially committed to limiting its net profit margin to 5 percent on hardware products. The new Mi 8 Pro starts at £499 -- the same entry price as the OnePlus 6T, from another would-be smartphone market disruptor.

Standout features of the Mi 8 Pro are a 6.21-inch AMOLED display with an in-screen fingerprint sensor, a Snapdragon 845 platform with 8GB of RAM and 128GB of internal storage, a transparent 'Titanium 3D glass' back, dual 12MP rear cameras and a 20MP front camera, plus IR face unlock.

Here's a specs comparison with the OnePlus 6T:

"Today we witness a new chapter in Xiaomi's global expansion journey, underpinned by our global ambitions. We are thrilled to make great strides by announcing our arrival in the UK. By bringing a range of our amazing products at honest pricing we want to offer more choices and let everyone in the UK enjoy a connected simple life through our innovative technology," said Wang Xiang, senior vice president of Xiaomi Corporation, in a statement.

Xiaomi phone shipments exceeded 100 million by October
Despite its sluggish share performance, Xiaomi saw a notable smartphone shipment growth in 2018 as it completed its annual target two months ahead of plan.

Xiaomi pulls mainland China share offers
Chinese smartphone maker Xiaomi is set to become the largest tech listing across the world this year despite its last-minute decision to pull its application for a mainland share offering.