Full Bio
Posted in Technically Incorrect on May 14, 2020 | Topic: Apple

He's not the first, and he'll surely not be the last. 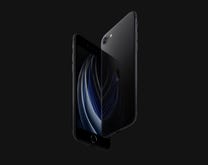 I'm still, though, moved by what may be a slight faux-pas perpetrated by Xiaomi CEO and co-founder Lei Jun.

As the Chinese content platform Toutiao noted, Lei emitted a tweet containing book recommendations. It also contained another educative piece of information: He'd sent it from an iPhone.

This does seem a touch careless. You might imagine CEOs would be especially careful about their own and their brand's image. In Lei Jun's case that self-image did, at one point, seem to involve a slightly Steve Jobs-ish awareness of self-promotion and a certain Apple admiration, not to say mimicry.

At the same time, Lei has more recently felt he's outgrown the shadow of the black turtleneck. Sample: "I've said on many different occasions that if I had been called the 'Steve Jobs of China.' As a 20-year-old, I would have been very honored. As a 40-year-old, however, I don't want to be considered second to anyone."

He also once suggested that Apple dictated to users what they would get, rather than truly listening to their desires.

Now, though, Lei merely joins a long list of famous names who were associated with a competing brand, while tweeting from an iPhone. Alicia Keys was among the first.

But then there was the excuse -- I'm sorry, I mean reasoning -- offered by Pan Jiu Tang, a partner in Xiaomi Industry Investment Department. He reportedly said that Lei was merely testing the iPhone. Well, of course.

Which may make some wonder whether this could have been an iPhone 11. Or perhaps even an iPhone SE. Who knows, perhaps Lei had even finagled an iPhone 12 prototype?

Lei is, I'm sure, a very busy man. He only has limited time to test competitors' products and tweet book recommendations.

Still, it's an excellent, robust thought that Lei might have been testing an iPhone, even if he made the test a little too public.

What confidence in your own persona and brand that you're prepared to be seen using a competitor's product in a perfectly normal way -- in so far as tweeting can be thought normal behavior.

Yet the robustness of that thought crumbled when, after something of a negative public reaction, the tweet was removed and replaced by the same one from a Xiaomi phone.

If it is, indeed, the case that this was merely a test, stand by it. After all, any laughter to be had at your expense has already filled the air. Perhaps send another tweet saying: "I just tested the iPhone 11, and it's not very good, is it?"

But now it just looks as if Lei wasn't testing an iPhone, but actually using one as a natural tweeting machine.

Join Discussion for: Xiaomi’s CEO tweets from an iPhone and the...