Yahoo will now warn users if they have been targeted by state-sponsored attackers. 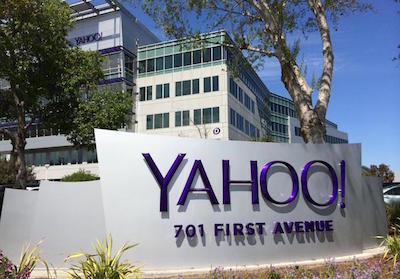 Bob Lord, the company's newly appointed chief information security officer, said in a blog post that it will notify users if it suspects suspect that their account may have been targeted by a state-sponsored actor.

"We'll provide these specific notifications so that our users can take appropriate measures to protect their accounts and devices in light of these sophisticated attacks," said Lord.

Yahoo's security team, dubbed the "Paranoids," will provide notifications to targeted users with "specific actions" so that they can ensure their Yahoo accounts are safe and secure.

The numerous safety steps on offer to the user, in part thanks to Lord's predecessor, Alex Stamos, who left earlier this year to work for Facebook, includes two-factor authentication and verifying account recovery information is valid and up-to-date.

Yahoo's isn't alone in offering this level of warning to its users. The company is following in the footsteps of Google, which brought its state-sponsored attack notification system to Gmail in 2012 just months after the company pulled itself out of China citing a similar attack.

Facebook recently said it would also warn users if it believes government hackers are after them, despite its reluctance in telling users exactly how or why they were targeted.

Twitter earlier this week warned a number of users that their accounts had been targeted by state-sponsored attackers.

"In order to prevent the actors from learning our detection methods, we do not share any details publicly about these attacks," said Lord. "However, rest assured we only send these notifications of suspected attacks by state-sponsored actors when we have a high degree of confidence."

Join Discussion for: Yahoo now warns users if they're targets...