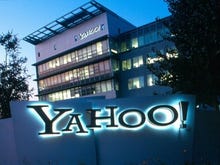 With more than one billion users now, Yahoo's mobile revenue has nearly tripled since CEO Marissa Mayer took over in 2012, growing to $1.2 billion in 2014.

Hinting Yahoo only had anywhere to go but upward when she took over, Mayer described at the opening keynote that the mobile strategy went from "a hobby" with a team of roughly 50 employees to a fourth of the technology company's business last year.

"The opportunity of mobile is really huge, but we know there's so much more," said Mayer. "We've reinvented our business with a mobile-first focus for users, advertisers, and partners."

But at the heart of the business, Mayer stressed, is the developer community building the platform and products that bring all of these demographics to Yahoo in the first place.

Mayer noted that users spent approximately 2.2 billion hours in apps built by Flurry developers -- or rather, developers in the audience at the Yahoo summit on Thursday -- during the month of January alone.

Yahoo acquired Flurry in July 2014 for an undisclosed sum.

Founded in 2005, Flurry launched as an app developer before pivoting into a business providing other mobile developers (along with publishers and marketers) with data on app audience, usage and performance.

According to Yahoo last July, approximately 170,000 developers across 150 countries were already using Flurry Analytics and more than 8,000 publishers monetized apps with the platform. Flurry was receiving app activity from roughly 1.4 billion mobile devices on a monthly basis.

Khalaf further boasted that if the mobile industry as a whole was its own country, it would have the fifth largest GDP worldwide with $3.3 trillion in revenue last year.

Tracing the mobile app industry over the last five years, Khalaf pointed toward an upward line demonstrating "nothing but growth."

He attributed this trend to three factors: an app content explosion, mainstream industries joining the app revolution, and the debut of "phablets," or mobile devices with form factors falling in between smartphones and tablets.

Fuloria reminded the keynote audience with a laugh, "Let me just be clear. You don't need to acquire Flurry to use it for your analytics."

Opening up in preview mode for free, many of these developer products will be pushed live over the next few weeks.