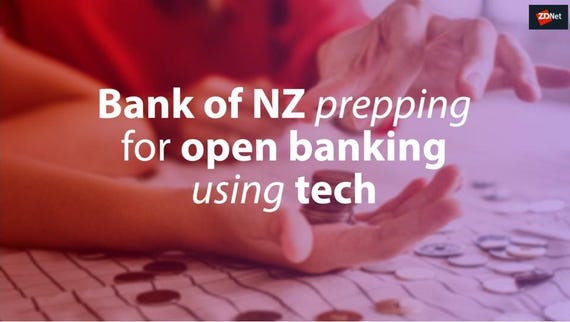 As New Zealand readies for an open banking regime to be implemented in the near future, the Bank of NZ (BNZ) is preparing to have the old way of banking exist alongside the new, while legislation catches up.

Speaking at the SAS Road2AI event in Sydney on Friday, BNZ head of data strategy and transformation Sonya Crosby said her bank has taken a "human-centred" design approach in its innovation, stretching that also to the open banking mandate.

As Crosby explained, part of the technical solution is the explicit consent from, and explanation to, customers of what data is being used.

"Digital engagement with the customer to say, 'This third party has actually requested this access, they want to use it for this purpose, do you agree and will you authorise this? And here's the risks of you doing that'," Crosby said.

A pair of new standards were, in March, introduced in NZ that enabled third parties to work with banks to launch new financial services. And in May, Payments NZ launched its API Centre that it said is paving the way for greater openness in payments and banking and "bringing to life a new API-enabled ecosystem".

BNZ has stood up a sandbox with dummy data and is working alongside Payments NZ to handle the governance side of the mandate.

"It's about literacy for customers as well," Crosby said. "An example being instead of downloading your bank information and sending it off to your accountant, which is actually not a very safe way of transferring your information -- or screenscraping, which is even worse -- to have an API in place, that is actually a really safe way of transferring information, we're actually reducing risk, but does the customer actually understand that, have we actually told that story, are we communicating these things in the right way?"

Open banking will soon be a reality in Australia, with rules drafted in March that would guide the implementation of the nation's new Consumer Data Right (CDR).

The CDR will allow individuals to "own" their data by granting them open access to their banking, energy, phone, and internet transactions, as well as the right to control who can have it and who can use it. Banking is the first sector to which the CDR will apply, under an open banking regime.

According to Crosby, open banking is an example of where BNZ is merging the old and the new ways of banking together.

"We're still working in old marketing games with static rules and blanket approvals. That's something that the maturity of the industry -- we need to get away from that and help ourselves using tech and using a different way of thinking and a different mindset of our customer to actually enable this optionality," she said.

"Because once people have opted out, that's it, you can't go back to them and say -- and they might go, well hang on I really wanted to know about this -- and if you haven't thought about given them optionality, then in a different context, you've lost them."

BNZ is also bringing its customers into the bank to help with the development of new offerings. One example is with its home loan application process, where BNZ brought young first home owners into the conversation at the beginning, which Crosby said continued into the design process, helping the bank better understand what they actually wanted.