Wendy M. Grossman is a journalist, blogger, and folksinger.

Most of us don't understand money as well as we think we do. The need for more of it tends to grab focus, so we often confuse money with the numbers in our bank accounts or the cash in our wallets. In fact, as Kevin Werbach writes in The Blockchain and the New Architecture of Trust, money is three things: a medium of exchange; a store of value; and a unit of account.

A decade after its invention, Bitcoin, despite its popularity in some quarters, is not a great example of any of these. Few places accept Bitcoin, and some of those stopped when the bitcoin-dollar exchange rate went berserk. So it's not a good medium of exchange. Those that do accept it trade in Bitcoin for a more stable currency as fast as they can. So it's not a good store of value. And as a unit of account...well, why, when we have more meaningful and much more stable ones?

Little surprise, therefore, that greater interest quickly became established in the distributed ledger that underlies Bitcoin: blockchain, which for a while flew so high up the hype cycle that merely adding it to a company's name made its share price rise. Things have calmed down since, enabling Werbach's more sober look at what it might be good for.

Many may think of blockchain as creating Bitcoin and its fellow cryptocurrencies, but what blockchain really creates, Werbach writes, is agreement: Satoshi's protocols "drive networks to consensus", creating trust in the system without the need to trust any single piece of it. In our ongoing trust crisis in society – in which governments, media, and companies all struggle for public confidence – Werbach finds hope that blockchain can offer a solution, if technology innovators and governments make good decisions. His book is intended to foster these by touring the life and times of blockchain, crimes and all, to lead to a greater understanding of how it might be regulated.

Because Werbach's focus is trust rather than technology, he intends the principles he teases out to endure even if his specific example cases date quickly. "Trustless trust" certainly sounds eternal enough.

Distributed ledgers have a longer history than Werbach explores – the British consultant Michael Salmony, regularly complains that after 30 years of distributed ledgers blockchain is nothing new. Maybe so, but inventions often have to find their right time.

Werbach has his own history, though. In 1996, his influential paper Digital Tornado: The Internet and Telecommunications Policy argued that government should avoid unnecessary regulation and question the applicability of traditional rules. Twenty years later, he convened an After the Digital Tornado conference to consider what went wrong. When Werbach writes of Bitcoin bringing new hope, he reflects past disappointment. What he hopes blockchain will provide is the third way that British software developer Mike Hearn suggested, which threads a path between the peer-to-peer trust that doesn't scale and the Leviathan gatekeeper we all must trust to serve as a central authority.

In examining how blockchain works and how government may regulate it to best effect, Werbach retains the belief that blockchain is as transformative as the internet has been – he calls it a "foundational technology". But, he adds, it may be decades before we see what this transformation will look like. 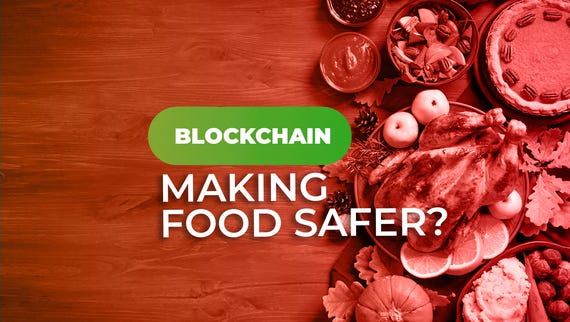 Monash Uni claims reputation-based blockchain capable of defending itself
The miner has their 'reputation' lowered to prevent malicious activity, the university says.

Can blockchain help fix government bureaucracy?
Agencies can use the ledger technology to cut inefficiencies and ultimately deliver better experiences for citizens.

Fujitsu and Sony think blockchain is the best way to store education records
Learning data of students will be stored and managed as 'unfalsifiable data on a blockchain', in lieu of a paper certificate with pretty gold embossing.

5 blockchain trends to expect in 2019 (TechRepublic)
Blockchain may finally be ready to move from hype to reality, with continued IoT integrations and tokenization, according to KPMG.

Join Discussion for: The Blockchain and the New Architecture of...