Technologies such as blockchain will be needed to replace the centralized trust we put in big institutions today.
Written by Jason Hiner, Editor in Chief on May 24, 2018 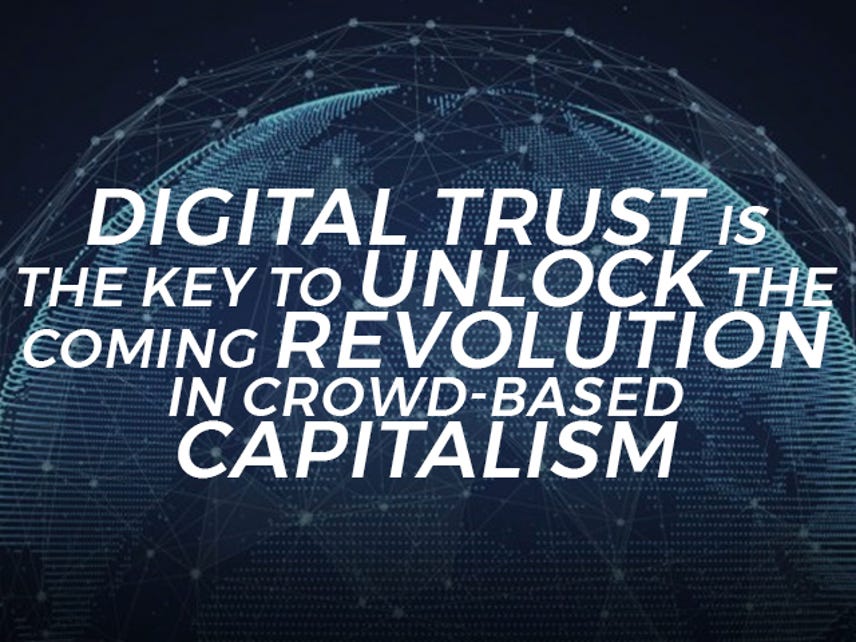 ZDNet spoke with Arun Sundararajan, a professor at NYU, at the Digital Business World Congress this week in Madrid about why digital trust is the key to unlock the coming revolution in crowd-based capitalism.

You can watch the interview above or read the transcript below.

Arun: Central to the emergence and success of the sharing economy and crowd-based capitalism, is the maturing of digital trust.

20 years ago when we traded on eBay, there was a little bit of trust created by the platform and it was enough. To trust someone enough to send them money, or to receive a package from them but it takes a different level of trust to get into a stranger's car and say, "Drive me to another city." Or to hand over the keys of your apartment to a stranger.

And so, what today's successful sharing economy platforms have done is they have encoded enough digital information into their platforms, verified IDs, real world social capital through Facebook and LinkedIn, sophisticated learning from others through reputation systems, in a way that is allowing us to take these leaps of trust.

Read also: What is the future of blockchain?

Over the next 10 years, I expect that crowd-based capitalism will expand even further as blockchain based trust systems come of age.

I think today, we still need the centralized intermediary. I don't think that we're sophisticated enough to create a blockchain based solution, for example, for getting subscription to a music service.

I mean, if even the Ethereum programmers can't figure out the security holes in Ethereum then I think we have a few years to go before it's mainstream; but in the long run, I think all of the relevant information that is needed for one party to trust another will be encoded in a public blockchain that is universally accessible. That is transparent and anonymous and this will truly revolutionize and accelerate the potential of crowd-based capitalism.

I think today's success stories of centralized digital trust in short-term accommodation, city to city transportation are useful early examples on the decentralized blockchain based trust. I think any industry in which the intermediary is taking too high a fraction of the value created. So, I think journalism, I think music, these are industries in which I think enough providers will say, "Let me try this untested blockchain based system, even though it may not have critical mass yet because the potential gains to me are immense."

On the other hand, the blockchain based Airbnb is unlikely to gain too much traction now because the gains that you can get as a host from the decentralized system aren't too much. I mean, Airbnb takes a 5% cut, right?

And so, certainly industries in which there's inefficient intermediation is where blockchain based trust will really revolutionize the provision of goods and services.