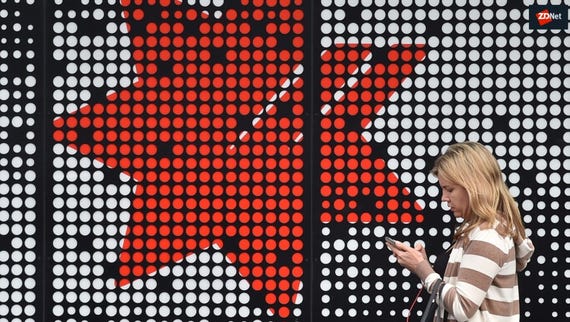 The National Australia Bank (NAB) and the Commonwealth Bank of Australia (CBA) have apologised to customers after both banks experienced outages at the weekend.

NAB confirmed that it suffered a nationwide systems failure as a result of power being cut to its mainframe.

"We had a series of failures today that emanated from a power issue, and it isolated our mainframe. It's an incredibly rare event, but what it did is it took a number of hours for our technicians to be able to bring our systems back up," NAB Business executive general manager Cindy Batchelor told journalists on Saturday.

"When the power goes into the systems, there was a disconnect there that impacted a number of our systems, which provide services to our customers."

The incident resulted in some of NAB's services, including ATMs, Eftpos, internet banking, and mobile banking being out of action on Saturday from approximately 7.50am AEST, with NAB beginning to restore services at around midday.

By 2.30pm, NAB reported all of its systems as back up and running.

"I want to apologise to all of our customers who were impacted by the outage today," Batchelor continued. "We really want to ensure that we provide a reliable service to you, and today we failed to do that. For that, we are sincerely sorry."

At the end of 2016, NAB experienced three system outages in the space of seven days.

The first hit its internet banking, customer call centres, and payments processing as a result of a "number of system outages" experienced the night before.

The bank's customers Australia-wide were then prevented from using their bank cards in ATMs or at Eftpos terminals, with the outage also affecting NAB merchant terminals and its health claims and payments system (HICAPS), a payment solution for health care providers.

The third outage meant customers were unable to access their internet banking.

Meanwhile, CBA customers were affected on Saturday afternoon at the hands of its Eftpos terminal network provider Optus.

"We're aware of an issue with some merchant terminals that connect to the Optus network. We apologise for this and we're working hard to restore as soon as possible," CBA explained via Twitter on Saturday at 1.12pm AEST.

An update at 2.58pm also provided through social media said CBA's terminals that use the Optus network were starting to reconnect as normal.

Earlier this month, some CBA card transactions were being declined country-wide, with the issue rendering the credit or tap-and-go function on Visa cards useless.

The bank also recently revealed that it was unsure where data on millions of customers has gone, after it was revealed that magnetic tapes comprising information used to print account statements may not have been properly disposed of.

In May 2016, the bank was unable to confirm that two magnetic tapes containing information used to print account statements were securely disposed of following the scheduled destruction by a supplier.

CBA and NAB, alongside Westpac and ANZ bank, currently hold around 95 percent market share of the entire Australian finance industry.

Join Discussion for: ​NAB and CommBank plagued by weekend banking...