Singapore will implement a new GST (Goods and Services Tax) on imported services, including video and music streaming services, purchased from overseas suppliers that do not have local establishments.

The move would ensure the country's tax system "remains fair and resilient in a digital economy", said Finance Minister Heng Swee Keat, during his speech detailing the national budget for 2018. 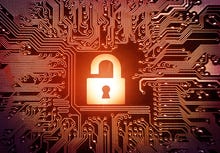 Singapore's proposed cybersecurity bill should put many on notice Questions remain over the kinds of services that will require a license and government officials' liability, but the proposed legislation is clear in one thing--that cybersecurity must now be a top priority for any business operating critical infrastructures in Singapore.

Slated to take effect from January 2020, the new GST would apply to services such as consultancy and marketing as well as downloaded apps and music purchased from overseas that, today, were not subject to the tax.

This tax, however, would not apply to e-commerce transactions, which the Singapore government would continue to review before determining how it would proceed on this, Heng said.

This came as somewhat of a surprise as government officials recently had pointed to online shopping as an area that needed to be assessed for its possible inclusion in the local tax regime. Singapore online shoppers currently were not taxed for purchases valued at below S$400.

The new GST would be applied to business-to-business (B2B) and business-to-consumer services, such as marketing, accounting, and IT services as well as apps, online software subscription fees, and video and music streaming services. Suppliers of such services that already had establishments in Singapore would not be subjected to the new tax.

The Inland Revenue Authority of Singapore (IRAS) said the B2B imported services would be taxed based on a reverse-charge mechanism, which required the local business clients to account for GST to IRAS on the services it imported.

B2C imported services would be taxed through "Overseas Vendor Registration", which would require overseas suppliers and operators of online marketplaces that processed "significant supplies of digital services to local consumers" to register with IRAS for GST.

The Singapore tax authority added that it would reveal more details on the new tax by the end of February 2018. Meanwhile, it released a draft of the new GST framework for imported B2C services.

Commenting on the import tax, Gartner's research director Adrian Lee said digital service providers would face higher operational costs to ensure compliance when they exceeded S$100,000 in transactions. They also would have to deal with added pressures on margins from the Singapore government's proposed increase in GST to 9 percent for all businesses within the country, scheduled to kick in from 2021.

"Needless to say, this will dampen the growth of digital services in Singapore, but should not constrain it, as consumers progressively digitise their services. It is a positive sign from the Singapore government that digital businesses are given notice until January 2020 to prepare for this," Lee said.

He added that consumers would likely practise more prudence in buying mobile apps when the new GST and GST hike commenced. Citing Gartner's 2017 survey, he noted that 59 percent of Singapore consumers bought a product or service online, with B2C apps such as Grab, Uber, and Spotify ranked amongst the top 10 apps with the most monthly active users.

Lee said: "When implemented, Singapore consumers will look to shift towards foreign-based B2C digital service providers. Where there is no viable replacement service, such as Grab or Uber for Singapore transport, consumers might reduce or lower-value purchases. I do not think consumers will stop buying online. They will simply choose to spend more prudently."

He suggested that services providers could buffer the impact by offering an "amnesty" period for their high value customers or partner digital payment as well as credit card providers to offer consumers more incentives.

They also could urge the need for progressive tax structures, such as those based on revenue earned, to mitigate the impact.

On whether the new GST would help create a "fair and resilient" tax regime in a digital economy, the Gartner analyst said: "Fairness can only be ascertained, if and when, the new GST ruling supports or disrupts local digital startups that create new digital workforces. Point of note, digital services constantly evolves. Innovative, forward-thinking service providers will take this in their stride as a matter of doing business in Singapore. They aim squarely at differentiating and gaining market share though unique and rich user experiences."

Further help for businesses to innovate

In his speech, Heng also boosted tax deductions aimed at helping local businesses develop their own products and services. Specifically, tax deduction for intellectual property (IP) registration fees would be increased from 100 percent to 200 percent, capped at S$100,000 per year.

Tax deduction for qualifying expenses as a result of research and development (R&D) work conducted in Singapore also would be increased from 150 percent to 250 percent, he said.

As Alibaba ramps up, Amazon loses the plot in Asia The US online retailer finally introduces Amazon Prime in Singapore but the launch has been described as "piecemeal", which should give Alibaba even more room to expand its own footprint in the region.

To further help businesses identify partners with which to co-develop products and services, the minister unveiled plans to pilot a virtual crowd-sourcing platform, on which companies could list challenges that could be resolved by digital applications. They then would be matched with ICT vendors and research institutions to jointly develop such applications, he added.

Pointing to last year's focus on helping local businesses with their digital transformation, Heng said the government was assessing, alongside the Singapore Business Federation and other industry partners, the development of a national e-invoicing framework. The goal here was to help businesses increase productivity and improve cash flow, he said.

"As digital technologies transform our economy, all firms must develop digital capabilities," he said, noting that more that more than 650 small and midsize businesses had benefitted from the SMEs Go Digital initiative that was launched last year.

And while the government had yet to confirm plans to include e-commerce in Singapore's tax regime, Lee said this likely would be unveiled in due course and stressed the need for online commerce operators to be prepared. Brick-and-mortar players also had been moving into the digital space.

"Taxing pure-play players in digital commerce such as Shopee, Qoo10, Lazada, or Amazon, signals to traditional retailers that it is acceptable to do 'business as usual' in a declining physical retail market. Something needs to click for traditional retailers who insist on brick-and-mortar only," he said.

"The tax might diversify the base, but on its own cannot sufficiently stimulate physical retail. In 2018, physical retailers should already be implementing or harvesting digital transformation so as to respond to new retail models, such as the unmanned store pilots from Alibaba, user-selectable delivery slots from Amazon Prime, or digital wallets from GrabPay."

Join Discussion for: Singapore to introduce GST on imported digital...