Fiber to the Home (FTTH) is being rolled out in limited markets. But if you have access to it, you need to consider it above other home and small business broadband options.
Written by Jason Perlow, Senior Technology Editor on Oct. 10, 2018 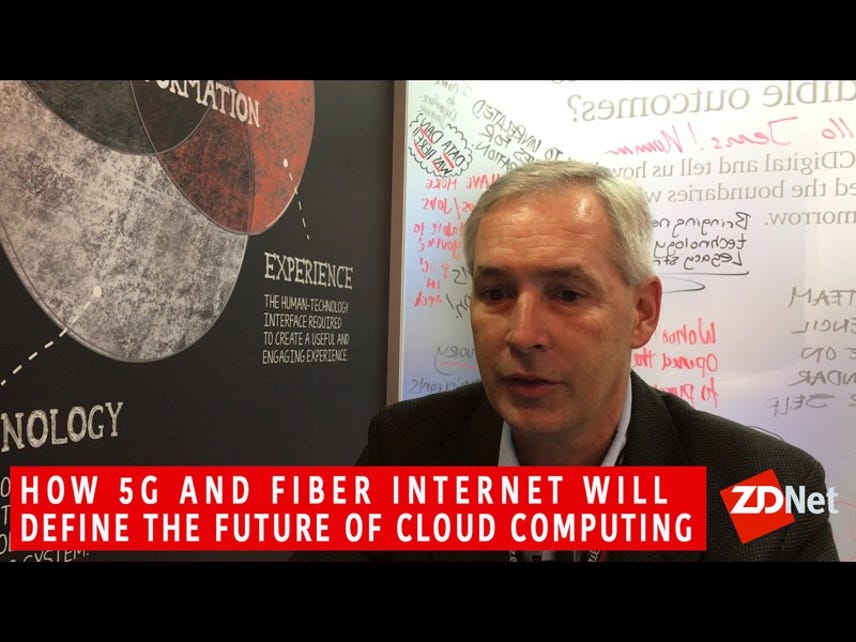 When I moved to South Florida in December 2012, I had no idea what my broadband internet options were. I figured I'd have my choice of providers and they'd be at least as good as what I had available to me in New Jersey.

Given that I work remotely, reliable high-speed broadband is extremely important. I use all kinds of bandwidth-consuming services, including VOIP and video calling with Skype for Business and Cisco Webex.

I have since gone through two broadband providers in my town of Coral Springs, which is in western Broward County.

The first was AT&T internet right after I moved, and that was a VDSL (copper) service with 18Mbps throughput. It has since improved it. It can now do up to 50/100Mbps, depending on the distances involved from the street level fiber switch.

The internet aspect of it wasn't bad for a low-end consumer, but it wasn't fast enough for my needs and the residential gateway device on it was unreliable. I was also using it for subscriber TV services, which I eventually decided to cut the cord on, and it may have been overtaxing it at the time.

I had heard that AT&T has since improved the residential gateway (more on that in a bit), but at the time, I was unwilling to deal with the various issues with the device. So, I switched to another carrier, Advanced Cable Internet, which is now called Bluestream.

I really wanted to use something like XFINITY or Verizon FIOS, but they were not available in my neighborhood. Bluestream owned all the coax infrastructure and were reselling Comcast bandwidth, and none of the larger companies wanted to buy them out. And Verizon was not going to make the investments to become a third provider in a town known for ridiculous permitting and other sorts of political mishegas that I won't waste additional space on.

Bluestream has been a very difficult provider to deal with, as it is a small company that only covers my town and another town, Weston. Until recently, it had a monopoly on high-speed internet in a number of neighborhoods in my town, and despite a lot of complaints about reliability and service issues, and a lot of promises to improve the infrastructure, nothing improved.

Also: Over a million vulnerable fiber routers can be easily hacked

Over the past several months, I've had abysmally bad reliability on my "Gigabit" service with Bluestream, which has been highly disruptive to me getting productive work done.

But, in July, the AT&T trucks came. They ripped up the grass and buried fiber optic cable in our street. They installed new fiber switches and concentrators and backhaul to AT&T's network.

Our community was getting the fastest home broadband technology known to man: Fiber to the Home (or FTTH), which promises synchronous 1 Gbps speeds and a level of reliability and network segmentation that coax/RF technology just plain cannot match.

But FTTH, because of the significant infrastructure requirements and the need to often dig up residential streets (if the dark fiber doesn't exist already) to accommodate it, means that it is rare. However, if it is offered in your neighborhood, you should definitely do it if the difference in price over what you are using now is negligible -- which is what it was for me. It costs $99 a month for just the internet service.

I was told in July it would be ready in about three months.

So, of course, I went to the AT&T Fiber website to see if I could order it. No dice. There was only VDSL for my neighborhood. It's not that those offerings are bad, but they weren't really faster than what I was using.

I was antsy. Bluestream was not cutting it. My wife was freaking out because she couldn't stream her shows on Hulu. My VOIP and video calls were an utter catastrophe.

I badly needed the new Fiber 1000 service. So, I did what any rational person would do -- I contacted the regional president of AT&T Florida, Joe York.

I told him I wanted to be the first person on my block with the service and would do literally anything to facilitate the process including any testing or dealing with quirks that are associated with being an early adopter.

Also: Wider net: 5G and the connection between the wireless connections

After Mr. York's office investigated, it turned out that, yes, my neighborhood was lit "green" for fiber -- even though the retail site didn't show availability yet. I was transferred to a local store manager who arranged to have the install done the following week.

The installer, Mark, showed up first thing Monday morning in his truck in the humid rain. He's an unbelievably professional and knowledgeable guy. He should teach all AT&T Fiber service installers to do their job. Seriously.

Also: How to get VPN protection for your laptop while using a smartphone Wi-Fi hotspot

After lighting up the connection at the street level a few blocks away, he unwound the fiber spool from the trench that was buried in my lawn earlier in the summer. He pulled it up to the side of the house where the Bluestream coax cable d-mark was, and he was able to re-utilize the same hole going into the spare bedroom I use as my communications room.

He mounted a grey box on the adjoining wall to hold up the fiber slack, just in case a repair or a re-splice was needed and tacked all the fiber down nice and neat. (In a few days, another AT&T guy is coming to re-bury the fiber that is now sitting on my lawn. I don't want my landscaper chewing that up.)

Then, on the interior side of that wall, in my spare bedroom, he mounted the fiber interface module, or the Optical Network Terminal (ONT), which is where the fiber is bridged to Category 6 Ethernet cable. It's a small white box that has a simple AC adapter power connection.

Once that was connected to a power source and activated, he connected the Residential Gateway, or RG, in the closet. The RG is similar to the device I had in 2012, in that it can do VDSL or coax, but it also has an Ethernet connector to the ONT and appears to be much more robust than previous models. It can handle VOIP and subscription video services, as well.

At that point, we were lit and cooking with gas. I started re-connecting my hard-wired Ethernet devices, such as my Cisco gigabit switch and also my Wi-Fi access points.

The only major change I had to make was setting my Linksys Velop, which was acting as my main cable broadband router, from the default NAT routing to Bridged mode, since the AT&T RG was now going to handle all routing and firewall functions. But other than that, everything else in the house did not need to be reconfigured.

This is the future

So, I guess you are wondering how fast this is... Let me tell you: It's crazy fast. Not just download fast, it's also uplink fast, because the data transmission on the fiber connection is symmetrical, and the main fiber switch is segmented in such a way that only a few homes coming off a fiber pair on that switch share bandwidth going into the main AT&T fiber trunk.

Also: How Verizon is using AR to up the ante on FiOS technician training

And, because it is fiber, which is an optical technology, you aren't dealing with all the RF-related issues like you do with a coax deployment. No nicked or bent cables with reflection termination issues. No next door neighbors poisoning the signal with noise. None of that crap.

This is the future.

It's also much better QoS than cable broadband, and as AT&T is your upstream provider, there's no going through middle-men engaging in bandwidth reselling, because you are dealing with a Tier-1 provider all the way. I'm seeing between 2- and 5-millisecond ping times between my home and the central office in Miami using OOKLA Speedtest.

I'm getting well over 900 Mbps uploads and downloads at the switch port connection, from my main business desktop in my office and around 400-600 Mbps using powerline Ethernet adapters in the rooms that are connected to wired devices like my Roku in the living room.

That's plenty for uncompressed 4K video streaming if I wanted to do that, but my main 70-inch TV is 1080p, and I don't think I'm replacing it anytime soon. Netflix, Hulu, and Amazon Video in Full HD is crisp and responsive. No complaints.

Wi-Fi speeds are kind of a mixed beast. The RG has its own Wi-Fi connectivity, but I've switched it off so as not to saturate the spectrum. I have existing 5Ghz and 2.4Ghz access points that I wanted to re-use.

On my iPhone XS Max and my Android smartphone devices, with 802.11ac (Wi-Fi 5) 5Ghz APs, using Intel, Qualcomm, Broadcom, and Huawei Wi-Fi chipsets, I can achieve over 400 Mbps up and down with 1x1 devices provided the channel width is set to 80 Mhz.

With 2x2 MIMO on the same access point, I can connect at over 500 Mbps. On 2.4 Ghz channels, with 20 Mhz channel width (WiFi 4), to accommodate legacy devices, I can only get about 140 Mbps with a current generation smartphone, such as the iPhone XS Max or the OnePlus 6 (Qualcomm 845).

My Surface Pro 4 is able to achieve about 600 Mbps because it has multiple 5Ghz antennas.

I've had to do a little tweaking on the channels and some of the protocol level stuff, and I also enabled IPv6 at the access points, because the RG fully supports it. But otherwise, the Fiber 1000 service has been an absolute dream so far.

Also: The battle over 5G: What is it, who are the players, and why do we care?

If AT&T Fiber 1000 comes to your neighborhood, don't even hesitate. It's so much better than cable broadband, that you'll never look back.

Samsung and AT&T are looking to trial smart factory technologies in their new innovation zone in Austin.

MWCA: AT&T to partner with Los Angeles on smart cities

AT&T and the City of Los Angeles are in talks for the carrier to deploy IoT smart cities technology and small cells across LA to improve traffic congestion, public safety, and natural disaster preparations.