Next-generation VoIP: Connecting up communications silos with the cloud

Company believes the new X Series is the next step to dominance in its fully integrated VoIP strategy.
Written by Colin Barker, Contributor on June 26, 2018 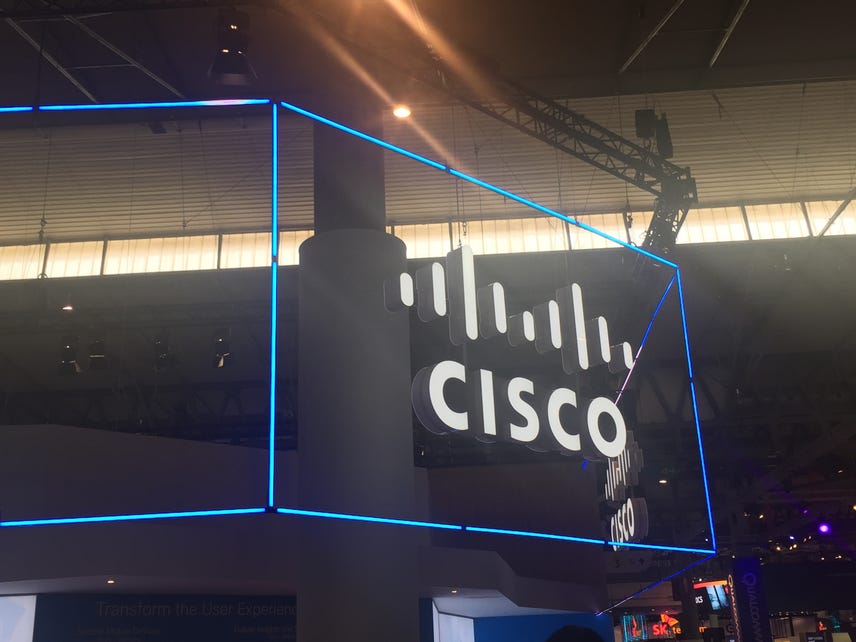 Sure, SDN is a great idea. But will it get industry support?

In the highly competitive telecoms market, 8x8 is hoping that its new X Series VoIP service will give it an edge. The platform combines call, collaboration, conferencing and contact center solutions. ZDNet talked to the company's UK MD, Kevin Scott-Cowell.

ZDNet: I believe you began life as a chip company?

Scott-Cowel: We have been around since the 1980s. Originally [as Integrated Information Technology] we were a chip designer. Then we did a fantastic strategic shimmy in the '90s downturn.

We had VoIP [Voice over IP] technology and we quickly decided to go and build VoIP products and VoIP services. At first, we were largely targeting consumers but that proved to be a bit of a pain so then we moved to B2B and we have grown from there. Then around 2000/2004 we started building VoIP cloud-based services. We went for a pure cloud play and have built ever since.

In the UK, we went a similar route to our US arm. In 2004, Voicenet Solutions started life as a pure-play, voice-over-IP, business-to-business solution. I joined that company in 2010.

We met 8x8 in 2012 when they acquired some contact centre technology and we wanted to re-sell it. All of a sudden I found myself talking a lot to 8x8 and we realised we were both pretty similar in hosting pure-play VoIP.

So in December 2013, Voicenet was acquired by 8x8 and we became the first non-US company to have VoIP with global reach. We were about 50 people and we considered ourselves the first among equals at hosted voice.

Are you publicly held or private?

We've been publicly listed all the way through, even at the point of transition from a chip-maker to VoIP.

So, we had a nice nucleus when we became established with 50 people, all of whom had experience running big platforms. Now we have around 240 people in the UK, but a lot of the growth has been from the acquisition of DXI [a cloud-based comms provider] in 2015.

Who do you see as the competition?

And our technology is evolving. We have over 150 patents which are key for us, as it allows us to drive the development of products.

We have 15 data centres and are growing globally. We have all the technology around geo-routing and we've got a lot of the patents around this sort of stuff.

We have the technology that monitors the quality of the calls through the endpoints. There are probes on the system that look for the best routing of the calls.

We've got intelligent algorithms that keep that quality high. The Tolly Report rated us as number one in call quality. We take all that seriously -- we don't just plug it in and hope that it works. We're doing pro-active testing to manage the network.

What do you see as being your key clincher for winning a major contract?

Tell me about the X Series.

Our thinking is that we have gone through the first wave of Enterprise communications, which is on-prem stuff -- the contact centre, PBX, and maybe video conferencing.

And then in around 2000 and whatever, along comes cloud and TCOs are better and flexibility is probably a bit better. What we are seeing now is that you've got lots of stuff in the cloud but actually you've got disparate systems -- silos. And within those silos, you've got a contact centre but let's take chat as an example.

So, you go into businesses now and they've got a contact centre, a cloud solution from one vendor, it's got a PBX from another, it's got video conferencing from another, chat from another. You've got four streams that don't necessarily integrate with one another and then you get chat everywhere.

Each different group in the business is using a different chat engine and so you've got silos. But you've also got silos within silos. You've got a whole bunch of data but it's a crazy mess. It provides function and probably some productivity, but in terms of customer service and employee experience it's a nightmare.

A customers rings in and says, "Did you get my email?" and the person on the end of the line has no idea what the customer is talking about. There is no way to look for the customer communication. The customer waits, the employee has no way of dealing with it and so the customer starts looking for a different supplier.

We know the paradigm: Good customer experience will drive success and the opposite will lead to failure.

We all know we need to move to a different paradigm and that's where X Series comes in because we've got the technology.

The bottom line is offering customers a route from silos to a single platform. Single data across all the different platforms is, when it comes down to it, what we are aiming for. X Series is the way to get there.

There is a data lake and, we believe, AI is the way to be able to use it and, more importantly, for us to help our customers get the most out of it.

We will be going ahead with the first X Series products around June or July.

What's the link that you think is missing?

The data. You need access to the data. If you haven't got the data in your cloud then you can't move forward.

You can use your system now and work the software, but the data is somewhere else. So, when the third party that the customer is integrating with is sold to a company that competes with you, suddenly the system that you have been relying on isn't there anymore.

The fact that we will have all the data, all of the software, all the analytics in one place means that we've got this huge amount of data that makes the whole thing a true customer experience.

More on comms and VoIP technology

The wholesale telecommunications and cloud services provider believes the interest in buying out the company is due to its low share price.

In the Middle East, nations such as Saudi Arabia and UAE are among the world's leading nations in terms of social-media growth and use.

Take home along: How a VPN can help travelers connect wherever they go

By encapsulating and encrypting data packets between your computer and the VPN provider's servers, you're able to protect your communication from hackers.

The slew of new Amazon Alexa-enabled products will be useful for consumers, but they also might make good tools for SMBs and startups as well.

Comcast says it no longer needs to throttle speeds for heavy internet users, ending a network-management technique it's been using since 2008.

Get a whole-home mesh network system for $100 (CNET)

Blanket your place in Wi-Fi for a price that's actually reasonable. Plus: Three lines of unlimited phone service -- also $100!

Cisco is working with top-tier carriers across the globe on 5G technologies such as network slicing and fronthaul routing.