The rise of visually orientated social networks, video, and messaging apps is helping shape usage.
Written by Damian Radcliffe, Contributor on May 25, 2018 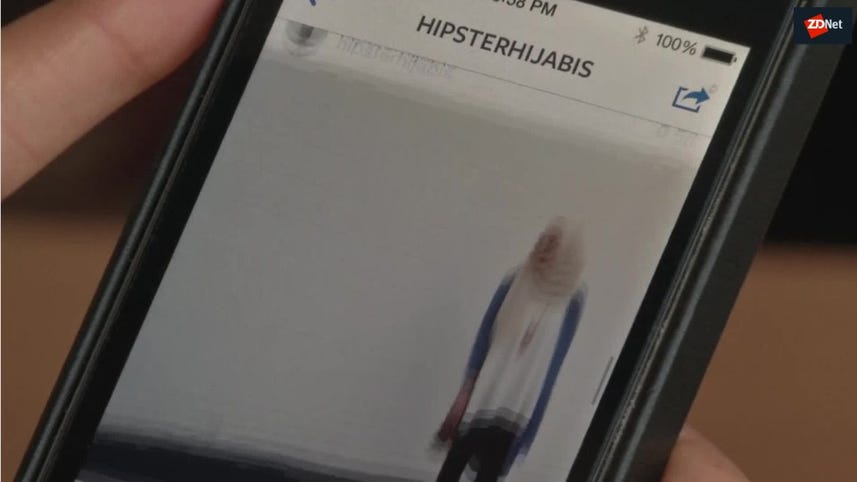 Adoption of social media is growing rapidly around the world. There are now 3.2 billion active social-media users, akin to 43 percent of the world's population, according to new data from We Are Social. That's up from 30 percent just 12 months ago.

In the Middle East, nations such as Saudi Arabia and UAE are among the world's leading nations in terms of social-media growth and use, driven by smartphone ownership, high levels of internet penetration and a large, digitally savvy youth population .

However, other nations in the region, especially those in North Africa, remain behind the global curve for social-media adoption; reflecting the diversity of digital experiences in this far-from homogeneous part of the world.

As we've previously noted on ZDNet, the Middle East has an uneasy relationship with many messaging services, like WhatsApp, Viber and Telegram.

The closed, encrypted nature of these networks, coupled with their video and text-messaging functionality, has provoked a range of regulatory responses. In UAE, for example, video calls on WhatsApp, Snapchat, and FaceTime have historically been blocked, a move replicated, sometimes only temporarily, in other Middle East nations.

Despite this situation, research from Northwestern University in Qatar shows that, for Arab nationals, WhatsApp is the region's most-used social-media channel.

Notably, use of the app's group-messaging function has grown substantially in recent years, becoming a popular source for finding and commenting on news, as well as a platform for e-commerce and conversations on food, family, and religion.

Alongside a love of messaging apps, online video viewing enjoys large levels of engagement in the Middle East. Multiple surveys and research publications attest to the popularity of this pastime, especially with younger audiences.

Half of young Arabs use YouTube daily according to the annual 16-nation Arab Youth Survey. Meanwhile, Saudi Arabia has long been YouTube's biggest market globally in per-capita consumption.

More generally, the Dubai Press Club has observed that the fastest-growing video genre in the region is short-form amateur digital content, "curated by Arab youth and distributed on video platforms", and that video is the most popular online activity for young people.

Its research, conducted in partnership with Deloitte, found that the average 15- to 24-year-old in the region spends 72 minutes a day watching videos online.

Further research from Northwestern University in Qatar also suggests that a number of traditional media behaviors are migrating to digital platforms, with some audiences for some TV genres declining as consumption moves online.

"The news-viewing TV audience declined by 20 percentage points since 2013, with a nearly identical rise in news-viewing online," they note.

Middle East audiences therefore aren't just watching music videos, comedy or short, user-generated clips online. Many of them are watching news content and documentaries in that space, too.

There are 63 million Instagram users in the region, equivalent to 10 percent of global users for the image-led network. Conversely, the region is home to just three percent of the global population.

Instagram usage has grown from seven percent of the region's internet users in 2013 to 42 percent by 2017; an uptake that shows no signs of slowing, with daily usage up 20 percent year over year according to the annual Arab Youth Survey.

Snapchat, another visually oriented social network, has 33 million users in the Middle East, according to Snapchat's own data, reported by digital marketing agency Wallaroo Media .

The ephemeral messaging network has also grown quickly in the region, with the result that in 2017, Snapchat opened its first Middle East office in Dubai to work more closely with advertisers and partners in the UAE and Saudi Arabia. The importance of the Saudi market to Snapchat is such that the company is expected to open an office in Riyadh in the near future.

Since 2012, one year after the Arab Spring focused the world's attention on the potential power of social media in the Middle East, Facebook's user base has grown by 264 percent in the region.

However, in some Middle East countries, Facebook use has dropped substantially, by up to -20 percent, since 2013. Reasons for this decline aren't clear but may include privacy concerns and preferences to use newer and more visually orientated social networks.

Declining use of the core product, nonetheless, is offset by growing take-up of Facebook's wider portfolio of products, including Facebook Messenger, WhatsApp and Instagram.

And the extent of this decline shouldn't be overstated. Facebook, for example, is the most popular source for daily news consumption among young Arabs across the region, ahead of online news, TV, and newspapers.

Social networks such as Facebook and Twitter are also working hard to attract new users, especially in countries where data packages are more expensive and access to 3G and 4G networks is more limited.

Twitter Lite, a more data friendly version of Twitter, was rolled out in 24 new countries, last November, including Algeria, Egypt, Israel and Tunisia.

It follows in the footsteps of a similar Facebook Lite service that is available in a number of other markets around the world, including developed countries like the US, Germany and UK.

The social-media revolution shows no signs of slowing down. As Simon Kemp, at We Are Social, recently commented: "Almost one million people started using social media for the first time every day over the past year. That's equivalent to more than 11 new users every second."

And the country with the fastest growth rate? Saudi Arabia. The kingdom witnessed a 32 percent year-over-year increase in the number of people using social media, ahead of India on 31 percent, Indonesia with 23 percent, and Ghana's 22 percent.

Some people in Middle East nations also spend a lot of time on social media, too. Egypt ranks joint fifth, with Argentina, globally with a time per day on social networks of three hours and nine minutes, with users in UAE, Turkey and Saudi Arabia also notching up more than 2.5 hours a day on these channels.

In contrast users in the US and China average two hours a day, but the Philippines is way ahead with 3 hours 57 minutes a day on average spent on social media.

Given this popularity, we can expect brands, government agencies, service providers, and businesses to actively try and find new ways to embed themselves into users' social feeds.

Meanwhile for telcos and regulators, a key challenge in many of the region's nations will be to ensure that their telecoms infrastructure is capable of delivering social-media services.

It's clear that the appetite for these channels exists, even if their full functionality cannot always be embraced. Addressing this issue will be essential if social-media adoption in the Arab world is to continue its upward curve.

Smartphone snoopers install malware which can provide attackers with information on almost every activity performed on the device.