The European Court of Justice has upheld a €152m fine handed out to Spanish telecoms giant Telefonica for abusing its dominant position in the Spanish broadband market.

The fine — which was a record for a European telecoms firm at the time — relates to a period from 2001 to 2006, and was first handed out way back in 2007 by the EU General Court. Telefonica subsequently appealed the original decision, but the European Court of Justice has dismissed its claims and demanded that the fine be paid in full.

The original decision claimed that Telefonica had "abused their dominant position by imposing unfair prices on their competitors", essentially forcing other broadband providers to reduce their prices in order to compete with it. "The Commission considered that there was clear-cut abuse on the part of an undertaking holding a virtual monopoly and that the abuse was to be classified as 'very serious'," the judgement said. 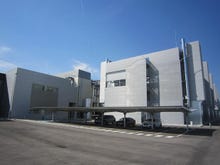 In pictures: Take a look inside Telefonica's Madrid datacenter The Spanish telco's largest facility is based outside the Spanish capital. ZDNet was invited along to see inside.

This latest round of appeals has resulted in the EU Court of Justice upholding that original decision and dismissing Telefonica's appeal in its entirety. "The fine of €151,875,000 imposed by the Commission and upheld by the General Court therefore remains unchanged," the court said in a statement.

"The Court points out that, according to the findings of the General Court, the Commission demonstrated that there were potential anticompetitive effects that may have excluded competitors who were at least as efficient as Telefónica, which is sufficient to establish that the practice of squeezing margins was abusive."

The court also said Telefonica had failed to prove that the fine, and its starting amount of €90m, was unfair.

Telefonica also disputed that its actions constituted a 'very serious' breach of EU antitrust laws by claiming that the geographical market was too small.

"The classification of an infringement as 'serious' or 'very serious' does not depend only on the size of the relevant geographic market but also on other criteria characterising the infringement," the EU countered.