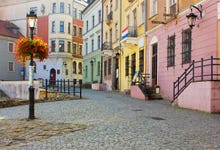 Is Poland finally getting out of the broadband slow lane? With funding from the EU and new rollouts scheduled, Poland is improving its position as one of Europe's fixed broadband laggards - even as the country's mobile broadband is making progress.

While fibre broadband for businesses and consumers is still far from standard in Poland, some individual areas have started projects to widen its availability.

One of the first municipalities to start offering fibre broadband to homes and private businesses is Nowosolna, a rural community of around 4,000 inhabitants, part of the Lodz urban conglomeration. By hopping on to a project to connect schools in the wider Lodz area to broadband internet, the municipality is helping the households and businesses (mostly farms) in the 15 villages that make up the area to get a fibre connection as well.

Legally, Nowosolna needed to jump through some hoops to be able to widen the project to connect private properties to a GPON network that physically runs parallel to the educational network, as the funds provided by the city of Lodz, a neighbouring district and the European Union were strictly earmarked for educational purposes for the wider region.

"Therefore, we couldn't just connect the homes to the planned network," said Jan Kieler, deputy mayor of Nowosolna, who's responsible for the execution of the project on the local government side. "Instead, we decided to install parallel cables next to the planned school network, paid for from our own budget and investments from network operator Toya."

For its part, Toya got its own project for European funding off the ground. The cost of digging the main artery could be split (between the education project, funded by the region, and the private one, between Nowosolna and Toya), which made the deal good enough for the other parties to agree. Digging started in the beginning of 2012 and so far about 500 people in the Nowosolna municipality have got fibre access. The rest should be connected over the course of 2014 and the first half of 2015.

One village already had a fibre cable running through part of its territory, but has so far been inaccessible for Toya, the main operator of the new network. "Up until a while back, only copper wires could be rented out to other operators," Kieler said. "However, not long ago the law changed to include fibre as well, so talks are in progress" between Toya and the ISP that owns the fibre.

Like with most rural broadband projects, much of it is paid from European funds. According to Kieler, Toya managed to get around 3.5m zlotys of EU investment (around €875,000). Toya itself had to put in another 3.5m zlotys, and Nowosolna added around 800,000 zlotys (€192,000) to the pot. The school project (the Metropolitan Broadband Internet Access Network project) from which it all started is mostly funded by European money: around €9m of the total €12m budget for the scheme is European money.

Kieler admitted Toya has been given a good deal when it comes to rent of the ground under which the cables run. "Of course, we couldn't just give it to them, because that would be against the law," Kieler said, "so we agreed upon a sum of 1000 zlotys (€250) a month, which covers our costs as a municipality."

Since the first plans were drawn up in Nowosolna in 2009, this type of 'piggybacking' has taken off in rural Poland as a whole. "I think we are the second municipality to do this," Kieler said. "Now, local governments across the country have taken similar steps."

Join Discussion for: Fibre piggybacking: How Poland found a way...