The first mass-market instant message success story, AIM, is coming to a close. For all its popularity, AOL never really gave it a chance to make money.
Written by Steven Vaughan-Nichols, Senior Contributing Editor on Oct. 8, 2017 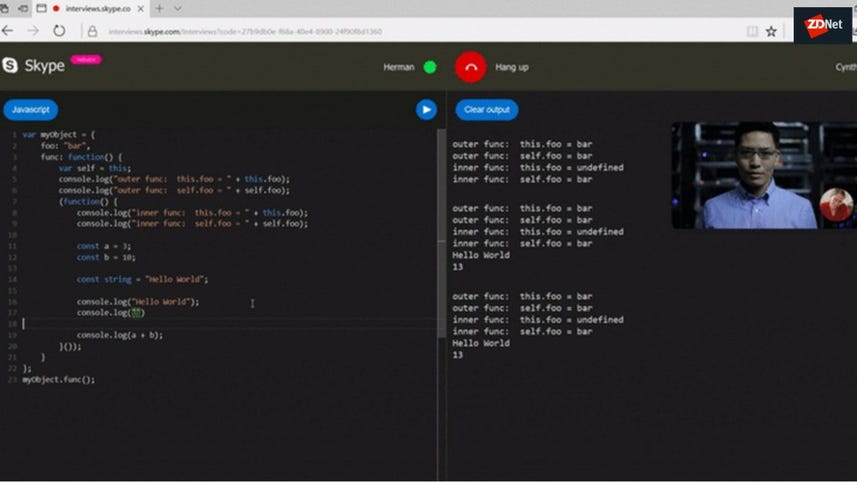 Verizon claims AIM was "Where Instant Messaging began in 1997." It's not. But it introduced hundreds of millions of users to IM.

As Michael Albers, VP of Communications Product at Oath, AOL's parent company, said, "If you were a 90s kid, chances are there was a time when AIM was a huge part of your life. You likely remember the CD, your first screenname, your carefully curated away messages, and how you organized your buddy lists. Right now you might be reminiscing about how you had to compete for time on the home computer in order to chat with friends outside of school. You might also remember how characters throughout pop culture from You've Got Mail to Sex and the City used AIM to help navigate their relationships.

That's all true, but AIM was also immediately put to business use. You may have been flirting with your first girlfriend, but I was using it to talk to sources and editors. I wasn't the only one.

You could argue that IM, along with email, really got its start with 1961's Compatible Time-Sharing System (CTSS). This IBM 7094 mainframe-based system enabled users to "message" each other via a common file system.

The first real IM dates later to 1965 when programmers set up "dot SAVED" on CTSS. With this, users could write directly to another user's terminal. By 1970, the evolved CTSS code was including Multics, the operating system ancestor to Unix and Linux. In 1971, Multics was connected to the ARPANet, the internet's predecessor. What you would recognize as IM was on its way.

Well, IM was on its way to technical circles. Ordinary users first met IM as CompuServe's CB Simulator. Remember citizens band (CB) radio? "Breaker, breaker, good buddy?" No? Well, in its day it was wildly popular. This IM text version of this came out in 1980 and was also popular.

As the internet gained traction in technical circles, some Finnish hackers came up with the idea of an operating-system agnostic IM system, Internet Relay Chat (IRC), in 1988. It quickly became the most popular IM network for programmers and hackers and it remains so to this day.

None of these really grabbed the mass market's attention. Most were too technical for ordinary users and CompuServe's userbase was too small.

AOL, on the other hand, exploded in popularity in 1993. That was in large part because AOL flooded the world with CDs. However, AOL was also the first of the mass-market online services to offer internet access and that also fueled its success. By 1997, over half of American internet users got to the net via an AOL dial-up line.

In that same year, AOL introduced AIM, but it had never been part of the company's official plans. AIM began as a skunkworks project by a trio of AOL engineers. AOL gave it no publicity whatsoever, but hackers quickly learned of it and adopted it. The company may never have wanted AIM, but after it exploded in popularity they couldn't ignore it.

For a decade, 1997 to 2007, AIM became the IM client of choice. Both Yahoo and Microsoft challenged AIM -- with Yahoo Pager, better known as Yahoo Messenger, in 1998 and MSN Messenger, later Windows Live Messenger, in 1999. Both had some success, but in the late 90s and early 2000s AIM reigned supreme.

AIM's best days quickly fell behind it. In its early years, AOL didn't make a dime from AIM. Indeed, the company hated AIM and never really tried to monetize it. That was because, as a free program with a free service, it didn't fit into AOL's subscription business model.

The AIM layoffs started in 2002. By 2012, AOL stopped putting any engineering dollars in AIM and it was only a matter of time until AOL would kill it.

In large part, AIM's fall also corresponded with AOL's collapse. The dot-com crash of 2001 destroyed its stock value, and soon after, the slow rise of broadband internet took away AOL's dial-up customers.

At the same time, AIM itself faced more serious rivals. In 2003, Skype began enabling users to communicate with others through voice and instant messaging. In 2005, Google introduced Google Talk. By incorporating video, voice, and IM into one product, IM clients and services started moving from text to full-communication services. AIM, without any corporate support, became more and more a historical relic instead of a viable service.

According to Statista, in January 2017, the top five IM services were WhatsApp, Facebook Messenger, QQ Mobile, WeChat, and Skype. It's worth noting that four of those five use IM as the foundation for their business.

Had AOL been able to change its business model to embrace AIM instead of keeping it at arm's length, it might well have been the most popular and profitable IM client in the world. Instead, we must bid AIM adieu on its 20th year. Goodbye AIM. It was both fun and profitable knowing you.