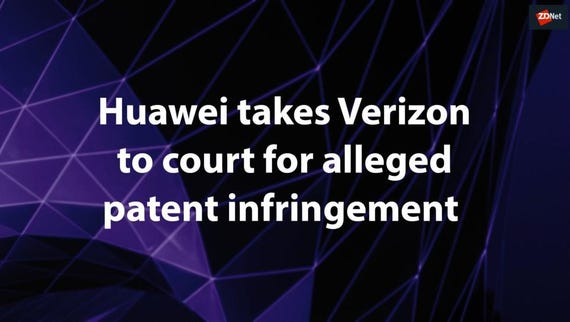 When you think of Chinese 5G smartphone superpower Huawei and intellectual property (IP), your first thoughts are of the US Department of Justice charging Huawei with racketeering and conspiracy to steal trade secrets. Or, if you follow intellectual property (IP) issues closely, you'd recall that Huawei has made $6 billion in patent royalties since 2001 with nearly 80% of that coming from US companies.

And now, Huawei is joining the Open Invention Network (OIN), the largest patent non-aggression community. Many will find this shocking news.

OIN's mission is to enable Linux, its related software, and its programmers to develop and monetize Linux and open-source software without being tied down by patent fights. It does this by practicing patent non-aggression in core Linux and adjacent open-source technologies, Specifically, members cross-license Linux System patents to one another on a royalty-free basis. OIN-owned patents are similarly licensed royalty-free to any organization that agrees not to assert its patents against the Linux System.

With Huawei joining, Keith Bergelt, OIN's CEO, indicated that the shared patents would encompass more than what people usually think of as Linux and related patents. Bergelt said:

"With continuous innovations being implemented, technology is undergoing unprecedented transformation. Linux-based platforms, including the Linux Foundation networking projects such as Open Platform for NFV (OPNFV) and Open Networking Automation Platform (ONAP), are enabling service providers and enterprises to provision new levels of functionality across cloud and software defined networks at an unprecedented pace"

You may not know it, but Huawei is also an important contributor to the core Linux programs. "Huawei is consistently a top contributor to the Linux Kernel, other key open-source projects, and is a Platinum member of the Linux Foundation," said Jim Zemlin, the Linux Foundation's executive director. "By joining the Open Invention Network community, Huawei is further demonstrating its strong support for defending open source and open collaboration."

"Huawei is committed to offering the highest-quality ICT and smart devices. Linux and OSS are critical elements of technologies we are developing and integrating with carriers and enterprises around the globe. By joining the OIN, we are showing our continued commitment to innovation, and supporting it with patent non-aggression in Linux and other core open source projects."

But, what about the US' ongoing trade war against China in general and Huawei in specific? Ding said:

"We are always open to cooperate with different kinds of industry organizations, no matter if it's US-based or non-US-based, in order to promote technology development. Therefore, we are very pleased to join OIN, which ensures the open source community's ability to innovate on current and next-generation platforms.  This gives the worldwide OSS community the benefit of ensuring that the best technologies win out, and are not stifled by patent aggressors."

"It is important to note that open-source software cuts across geopolitical boundaries. While the Open Invention Network is headquartered in the United States, nearly half (3/7th) of our founding members are based in Asia, and 2/7th are based in Europe. Only 21 percent of OIN's community members come from the United States.  In other words, 79 percent of OIN's community hails from Asia & Pacific, Europe, South & Central America, the Middle East, and Africa. Like the open source community that it supports, OIN is global."

Your company can join it as well.

Open to all, the OIN license can be signed online. As an OIN member, you must share your applicable patents -- if any -- and in return, you gain access to OIN's own patents and all the other OIN members shared patents royalty-free.