With so many things in computing these days, it's all about smart features. And these are great when they work, but what happens when they don't? In that case, you're stuck hoping the machine will fix it.
Written by Chris Duckett, APAC Editor on March 28, 2022 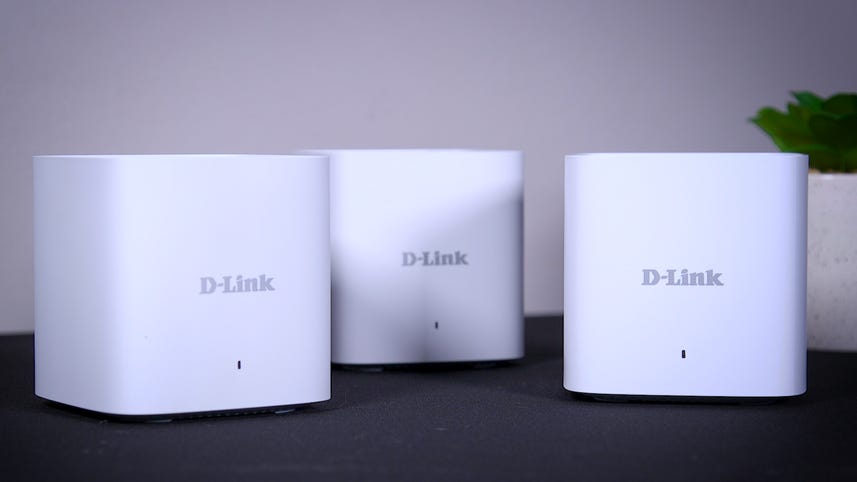 One thing I have come to realise over the past 18 months is that I inhabit a Wi-Fi hostile area: An apartment with double-brick walls where other networks are broadcasting on almost every side, resulting in a crowded piece of air.

In 2019, I took the Google Nest Wifi for a spin. It was great in a townhouse environment, but it failed dismally in the new apartment-scape. Eventually, the extension point refused to ever connect beyond a minute or two -- despite hard resets and rebuilding the network -- which left me praying for the Google gods to deliver a piece of firmware that would fix it.

When the D-Link system works, it does its job brilliantly, and I do not miss the Google system for a minute. Wi-Fi 6 in itself is a much-needed upgrade, particularly when there is new hardware next door hosing your now-aged Wi-Fi 5 network.

The problem is its reliability and inability to provide 100% uptime, it's more like 99.9%, which mathematically gives just under 2 minutes a day of downtime. This is handy because when it does go on the blip, it typically takes a minute for restoration to occur, which in the end makes it reliably unreliable. When an outage does occur, the ethernet connections also go with it, as the unit undertakes a full restart.

The overpowering feeling is that one does wonder whether the connection will exist for the entirety of a video call, or will the movie not stall this time. At the extreme end, one morning it was constantly resetting every minute, and it took a hard reset and rebuild of the network to get the main unit to talk sense again.

A mild form of salvation arrived when D-Link passed on a beta piece of firmware that it was hoped would solve my issues. In short, it has gone most of the way, but the big point is what it reveals.

After years in the Google world, options that users can change are clearly seen as bad, to such an extent that Google replaced its more full-featured Wifi app with integration into its far less featured Home app. Users are just meant to trust that Google's smarts will be enough.

The hype around AI being what it is, D-Link brands any intelligent feature as smart -- like "optimising" the network which I believe is a fancy word for channel switching -- but thankfully it also retains the standard HTML settings pages that have existed on consumer modems and routers for decades.

Importantly, this means not only can the user load new firmware themselves, but they can also prevent the system from auto-upgrading in the future. There are many people in Google's support forums that wish for such a luxury.

Another area where D-Link beats out the Google system is in cost. D-Link's system with a base and two repeaters is AU$350, while the Google 3-pack costs AU$550.

However one area where Google still has the wood over D-Link is in the app. Google's app is underpowered but behaves, D-Link's app can never remember my login, and always asks for location permissions -- this is meant to be used in the setup process, but the app will not open if you reject it.

Whereas in Google-land it would be a deal breaker, it is simply a minor annoyance, because the old school HTML settings are around and that's all the app is essentially adjusting anyway. The only addition the app seems to provide is a report on your network performance each week, which it naturally claims is powered by AI, and it basically confirms how bad my Wi-Fi environment is.

My situation is not perfect, but it is improving. Perhaps there is a combination of settings that will prevent the repeater units occasionally dropping off, because when this network fires on all cylinders, it's very good. For now though, just the ability to overrule the AI smarts with some proper human dumbness and take charge of the network is enough.

Home Networking
How to fix your slow internet: 11 ways to speed up your connection