Some of us like to go off the grid periodically to get away from things, while others find themselves forced off the grid as a result of storms, snow, flooding, fire, pandemics, or some other misfortune.

No matter what the reason, having the right gear can help you stay in touch with the world on your own terms when things are going well, and allow you to summon help and remain in touch with family members, friends, and the emergency services when things take a turn for the worse.

Lots of tools in a small package 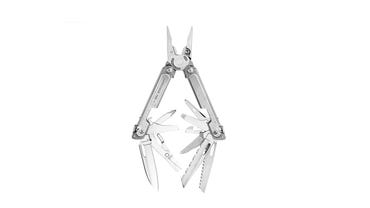 Why lug a toolbox around with you when you can have a toolbox that fits in your pocket or on a belt?

There are countless multitools on the market, ranging wildly in terms of price, quality, and features. Since I live by the adage of "buy cheap, by twice", I prefer to pay a little more and get a quality item. This is why I always carry a Leatherman tool with me. The company offers over 30 to choose from. I like my multitool to have a pair of solid pliers, decent screwdrivers, and a pair of scissors.

My current favorite is the Leatherman Rebar. I've found all Leatherman tools to be tough, but the Rebar takes this to a new level.

A solid tool that has a multitude of uses. 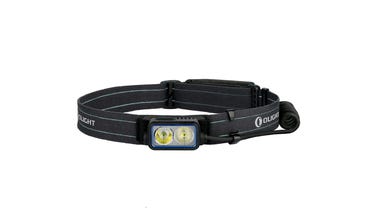 Having the ability to throw some light on a situation always helps. And when you're constantly diving under desks or delving inside PCs, having a flashlight that fits into your pocket is very handy. I prefer to go with an LED flashlight these days because they last much longer than incandescent bulbs and the batteries last a lot longer too.

There are plenty of LED flashlights to choose from, starting at the high end like Surefire, going all the way down to a cheapo plastic thing you can pick up at a gas station for a dollar.

I've been using Olight flashlights lately, and they seem to be robust, well made and have a decent battery life. The Olight Array 2 headlamp is particularly good. It features dual LEDs, customizable brightness, USB rechargeable, and lasts for hours on the lowest setting. 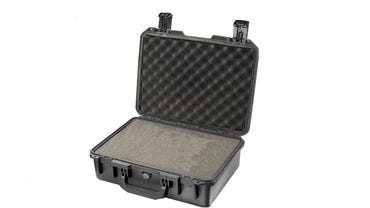 I became sold on them after a friend of mine filled one with Jelly Beans and then let a bear try to get inside it. Apart from a few awesome bite and claw marks, the case survived, and the bear didn't get his prize.

I've had a Peli Storm Case filled with delicate camera gear survive a massive car accident. It had to be cut free from the wreck because it had taken a direct hit from another vehicle, and the door panel had crumpled around it. I was convinced it was a goner, but it and all the stuff inside was intact. The case is still fully serviceable and still in regular use. 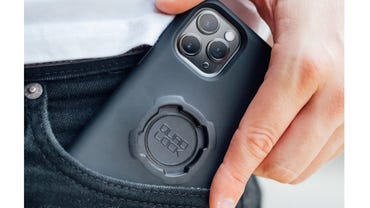 If you think you're going to be relying on your smartphone when things go bad, it makes sense to protect it from knocks, drops, and dunks into water.

I've been using cases from Otterbox, Rhinoshield, UAG, and QuadLock for years now, and find that they offer good protection without adding too much bulk. However, I always seem to turn to Otterbox when I need a high level of durability. 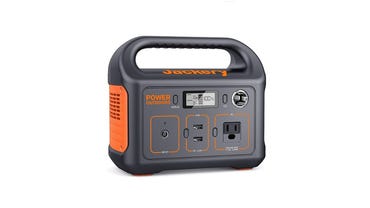 During storms, power can be very unreliable, so being able to have an off-grid power supply can be a lifesaver.

Last year I lived off-grid in Scotland for two months using a Jackery Portable Power Station and a couple of solar panels. Now, solar panels aren't going to be much use to you during a storm, but the power station will be, and the solar panels themselves can work at any point where the sun is in the sky, so they could be used in an emergency once the storm has passed! 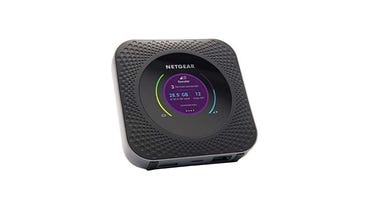 While your main access to the web might be down, you might be able to connect using the 3G/LTE network using a dongle or hotspot device. These days there are more than good enough for you to stream your favorite movie from Netflix while also allowing you to get access to news, weather and other information.

You can pick these up either from phone stores or online. Personally, I think it's best to get an unlocked one so you can pick and choose the provider you go with based on price and service in your area.

My current favorites are the Netgear M1 and M2. 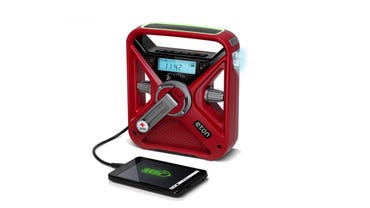 A radio might seem old-school, but there are times when it can be a lifesaver.

There are lots to choose from, but the American Red Cross FRX3+ ticks all the boxes. It's robust, receives AM/FM & weather band alerts, features multiple power options (batteries, rechargeable batteries, solar, and a hand crank), features a flashlight, and can be used to charge a smartphone. 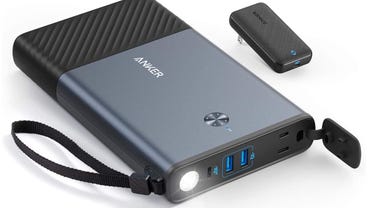 It's easy to forget how much we rely on mains power to keep our devices running. But what do you do when the lights go out?

This is where a portable power pack can come in handy. This can be used to keep your smartphone, and other gadgets charged up.

For extended periods without power, I use the Anker PowerHouse 100. Not only is it equipped with a huge 27,000mAh battery, a 45W USB-C port, 2 USB ports, and a 100W AC outlet, but it also features a handy LED light. 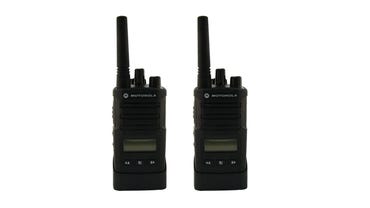 Want a way to stay in touch without having to rely on the cellular network? Then you want some two-way radios.

In my experience, the cheap consumer radios are junk and barely work when you can see the other person, but if you invest in something a little more professional, then you'll have a bit of kit that you can rely on when the going gets tough.

Motorola units get my vote every time, as they are durable, well made, and have a good transmit range. 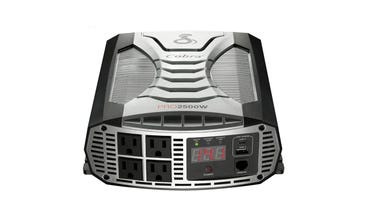 If your power needs go beyond what a solar charger can offer, then you need to think bigger. If you have the space, then a gasoline generator is one idea, but you have to run this sort of thing outdoors because they are smelly and a fire hazard (I've seen one of these erupt into a giant fireball, and that's the sort of thing that can put a crimp in your day).

A safer and more flexible alternative is a 12V inverter that you can run from your car battery. One of the best inverters out there is the Cobra CPI 2500W, which can push out a whopping 2500W and is kitted out with a raft of safety features. 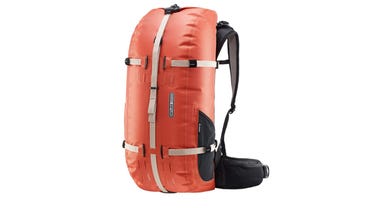 If you live somewhere that's prone to flooding, then having a waterproof bag for your gear is a good idea. If bad weather is on the way, pop your precious gear inside a dry bag for safety.

I've used Ortlieb dry bags to keep delicate electronics dry in some of the worst weather conditions, and they've never failed me. 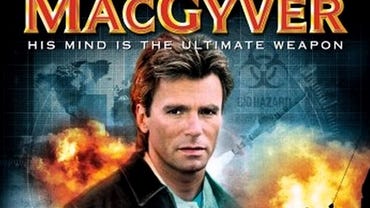 There's no point having all this kit if you don't know how to use it.

I've seen people superglue their hand to their face, smash themselves in the teeth with a hammer while trying to put up storm shutters, struggle for over an hour trying to start a gasoline generator that didn't have any gas in it, turn an expensive tent into a fireball by attempting to fill a gasoline stove that was already lit, slice their hand open with a screwdriver, and settle down to read the instructions for some essential bit of kit as a storm approaches. Add stress and fear into the mix and you have the potential for a lot of chaos.

Don't be one of those people! Learn to use your kit in comfort, when the lights are on and you have a favorite beverage close at hand. That way, using your kit will become second nature and you won't have to learn how to use it when you're cold, in the dark, or the floodwaters are rising.

Don't, whatever you do, just pack this stuff into a box or store it in the garage until the day you need it!

Use it! Practice your skills!