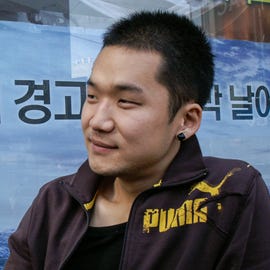 The AI chip, which uses its own neural engine, is aimed at being used in home appliances.

Darin Graham, a founding member of Canada's Vector Institute for Artificial Intelligence, will be the new head of LG's AI Lab in Toronto.

LG CNS will deploy cloud and AI powered X-Ray services for up to 255 public health centres in South Korea.

Samsung has designated neural processing units as being core technologies in artificial intelligence and will hire 2,000 people in the area by 2030 as part of its goal to lead in logic chip businesses.

System will detect what passersby are wearing.

Samsung will integrate its own technology with Viv's AI platform to realize 'conversational interfaces' in its devices, likely applied by the second half of 2017.

It is official, machine wins. DeepMind's AlphaGo has clinched victory against a South Korean Go champion by defeating him for the third time in a row out of a game of five, in the historic battle between man and machine.

In a tense first match out of five, AlphaGo defeated a South Korean Go champion after the latter surrendered with 20 minutes remaining in the landmark Go match between man and machine.