The UK has snubbed the US and given Huawei a green light, so 5G needs to live up to its promise – fast.
Written by Steve Ranger, Editorial director, ZDNet on Jan. 28, 2020 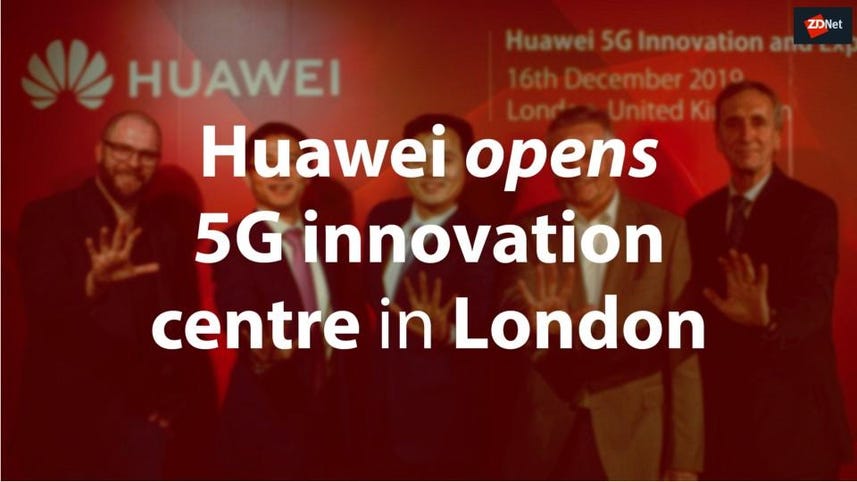 The government has given Huawei the go-ahead to continue its involvement with the UK's 5G networks – and that's a snub to the US administration, which has long demanded that the Chinese networking company should be banned from such projects.

In many respects, this is no surprise. The UK government was first due to make a decision on Huawei and the 5G network back in the spring of last year, but this has been repeatedly deferred.

In the meantime, the US government has tried to put pressure on the UK to ban Huawei from its 5G networks, loudly criticising the idea of the Chinese company being intimately involved with such projects.

The US administration waged a long and public campaign to persuade other nations to shun Huawei, with some success, arguing that Huawei's equipment could be used, at some point, by the Chinese state to spy on other nations. The company has consistently denied this accusation.

But for the UK, a ban was never really an option, for several reasons.

First, Huawei equipment has been used in UK telecoms networks for well over a decade with no evidence of problems. The UK's National Cyber Security Centre had concluded that the risk of Huawei's involvement in 5G would be manageable, and that limiting the number of vendors by banning Huawei would do more harm than good. The US did not provide enough evidence to back up its claims of a security threat either, and its complaints about security were muddied by its ongoing trade war with China.

So while the UK government long delayed making a final decision about Huawei, it never stopped the UK's mobile operators from using Huawei equipment in the 5G networks they were already building.

Since then, the networks have been rolling out more Huawei kit as they spend millions each week building out 5G networks around the country. That Huawei equipment mostly takes the form of the aerials and related radio-access equipment visible on the tops of tall buildings.

An even bigger problem with the idea of a ban was that 5G networks are built on top of existing 4G networking equipment from the same vendor.

Banning Huawei from 5G would therefore also mean most networks reconfiguring their 4G networks – at huge cost, and resulting in further delay to the rollout of 5G.

There are significant caveats around Huawei's role: it won't be involved in the core of 5G networks, and high-risk vendors like the Chinese company will only be allowed to supply up to 35% of other parts of the network. But UK network operators will be relieved that their investment so far will not have to be ripped out.

The UK's decision should also provide handy cover for other countries wanting to make the same decision, although the UK government will be gambling that the compromise it has come up with will keep both the US and China happy. Perhaps this is why it described the decision as "a UK-specific solution for UK-specific reasons".

SEE: The big 5G decision: Huawei gets role in UK network roll-outs, despite US pressure

The US has threatened to reduce intelligence sharing with the UK if it grants Huawei a role in its 5G networks. A big question now is how the US responds: was it bluffing?

The challenge for network operators is to show that early deployment of 5G, and the services it will support, is worth the UK upsetting its biggest ally at a time when it's most in need of international friends.

Security
Tinder Swindlers: How scammers steal your heart, then your money