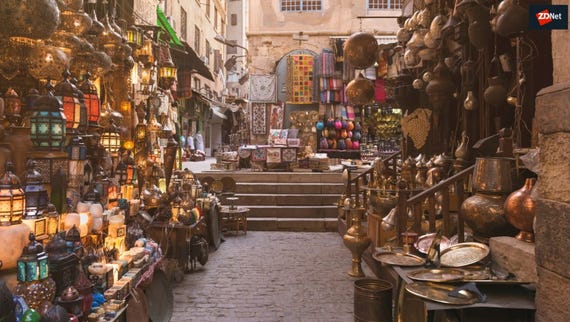 Five facts about e-commerce in the Middle East
Watch Now

Video: Five facts about e-commerce in the Middle East

Tech's leaps, limps and likes: The 7 trends that defined 2017

ZDNet's top editors from across the globe postulate on a year that the technology industry lost some luster, but kept rolling out new disruptions anyway.

Once more, the Middle East's IT, tech, and telecoms sectors underwent considerable change over the past year.

New investments, strategies, and products caught the eye; as the region continued to expand in established fields such as mobile, cloud and IoT, while interest in emerging technologies such as drones, AI, and blockchain began to gather momentum.

So, how will the Middle East build on these foundations in 2018? And what other tech-led trends should we be keeping an eye on?

ZDNet asked four experts from across the region for their help in navigating the digital minefield. Here's what they told us:

According to our recent flagship report on the mobile sector in the Middle East and North Africa, we calculate that the mobile industry contributed more than $165bn to the region's economy last year, equivalent to 4.2 percent of GDP.

That contribution has been boosted by rising mobile broadband adoption, growing subscriber numbers, and increasing smartphone use across the region.

Gulf Cooperation Council states will be among the first in the world to launch commercial 5G networks, with major operators such as Etisalat and Ooredoo already undertaking live 5G trials.

The early 5G launches in the region, based on 3GPP Release 15, will be deployed in dense urban areas to offer increased performance and add capacity. Later launches will focus on the development of massive IoT and critical communication services.

Download now: IT leader's guide to the rise of smart cities

As a precursor to 5G, mobile IoT networks are also now well positioned to securely connect sensors across cities, supporting smart city initiatives such as the UAE's Smart Dubai project, and find solutions to increasingly congested transport and energy networks in some of the most highly urbanized cities in the world.

We are also seeing regional operators invest in startups to accelerate innovation, diversifying into areas such as content, financial services and AI.

One of the biggest developments in the Middle East's technology sector in the past year was Amazon's acquisition of Souq.com, a leading regional online shopping site.

The deal, which was reportedly worth $580m, represents a landmark for the digital economy in the Middle East, as the arrival of the world's biggest e-tailer should help to drive the development of e-commerce in the region.

Middle East investors, who have long preferred sectors such as retail and property, have also recently taken a much stronger interest in technology. Noon, an e-commerce site backed by Saudi Arabia's Public Investment Fund, a sovereign wealth fund, and other Gulf investors, went live at the end of September.

And on an even grander scale, Saudi Arabia's Public Investment Fund joined with Japan's Softbank as well as other investors including Apple, Qualcomm, and Abu Dhabi-based Mubadala, to launch a $93bn global technology investment fund that will target sectors like AI and robotics.

Tying these digital moves together is an underlying need to develop and diversify Middle East economies for a future that is less dependent on oil.

Big year for cloud and blockchain

Although cloud technologies can transform how businesses run, the overwhelming majority of workloads still reside on premise. That situation is simply because moving to the cloud demands real change, not just in terms of systems but also, more importantly, in terms of people.

However, times and technologies are changing. New migration tools, and cloud delivery models are becoming available that mimic the public cloud but are on premise behind an organization's own firewalls. As a result, we believe that in 2018, regulated industries will move to the cloud en masse.

While blockchain might still be most famous as the underlying technology of cryptocurrencies such as bitcoin, 2018 will be the year the technology starts to mature and be implemented across a range of enterprise applications in many diverse industries.

This prediction will be down to two factors: first, certainty about blockchain will start to build over 2018 as the push for technical standards starts to yield results. Secondly, the emergence of blockchain cloud services will help bridge the skills gap that has until now slowed the development of blockchain.

Using these as-a-service offerings delivered through the cloud, we will see enterprise IT teams start to develop their own cloud apps.

2017 overwhelmed us with technology-fueled changes that have altered the way industries operate. Moving away from traditional IT, CIOs in the region have come a long way in embracing the collaborative approach led by analytics, cloud, machine learning, and mixed reality.

The Dubai IoT strategy to build the world's most advanced IoT ecosystem in the world's smartest city to improve people's lives and Digital Wealth Initiative to safeguard Dubai's digital wealth will serve as benchmarks for the emirate.

Starting in 2018, we'll take strides in embedding near-instant intelligence in IoT-enhanced cities, organizations, homes, and vehicles. With the cost of processing power decreasing and a connected node approaching $0, soon we'll have 100 billion connected devices, and after that a trillion.

The magnitude of all that data combined with the power of AI will help machines orchestrate our physical and human resources.

We're seeing this in our cars, the ultimate mobile device. They are being fitted out with ultrasonic sensors to measure distance between vehicles, as well as gesture recognition.

In time, these innovations will make autonomous driving an everyday reality. Well before that, we'll get used to cars routinely booking themselves in for a service, informing the garage what needs to be done and scheduling their own software updates.

Our research partners at The Institute for the Future recently forecast that we're entering the next era of human-machine partnership, and that between now and 2030 we'll work in closer concert with each other.

Join Discussion for: ​Middle East tech: These are the key trends...