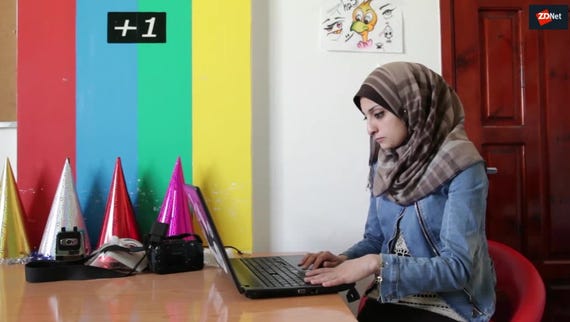 The mobile industry in the Middle East is in a period of rapid change and, by the middle of the next decade, is likely to emerge transformed, new analysis suggests.

According to two recent reports, published separately by the GSMA and research and consulting business Ovum, mobile in the region is on the cusp of a new era, driven by the availability of new technologies, evolving consumer behavior, government ambitions, and the need for telecoms providers to reinvigorate their core businesses.

"At a very broad level, the opportunities are in the growth in data access and revenues, which are becoming substantial and growing strongly; and also in digital services, such as M2M/IoT, mobile financial services, content and digital media, [as well as] enterprise ICT services," says Matthew Reed, practice leader for Ovum, Middle East and Africa.

These areas will "reshape" the Middle East's tech market, Reed wrote in a recent report, noting the need for telcos to address these areas, given faltering revenue growth.

Ovum highlights how Etisalat, Ooredoo, and STC saw annual revenue growth of between one and two percent, and Zain Group's annual revenue declined by four percent in 2016.

"The telcos' former bread-and-butter business of voice services is in long-term decline, due to competitive forces and as customers use internet communications apps instead," he said.

"The biggest 'near' ones are in health and smart cities," he tells ZDNet.

Many governments in the region have invested heavily in smart cities, and the adoption of mobile broadband is also creating opportunities for new products and services.

The latest GSMA report on the mobile economy in the Middle East and North Africa says the number of smartphone connections has doubled in three years to reach 319 million in Q2 2017, "accounting for just under 50 percent of total connections in the region".

Mobile broadband connections reached parity with 2G by the end of 2016, with 3G becoming the dominant mobile technology at the end of last year.

Although this rapid take-up of smartphones is impressive, the region's adoption of the technology is nonetheless currently below the global average adoption rate of 53 percent.

Ovum's Reed says for many people telecoms services are not easily affordable, nor are they necessarily available in rural, remote, or poorer urban areas.

"Factors such as illiteracy and lack of local content might limit the usefulness and take-up of services in some circumstances," he says.

That said, by 2020, the GSMA predicts there should be greater smartphone parity of about 75 percent take-up both globally and in the Middle East, with the region expected to add a further 144 million smartphone connections by the end of the decade.

One driver for this growth will be the availability of cheaper handsets. Average selling prices for smartphones dropped to $165 in 2016 across the region, down from $200 in 2014 and over $260 in 2012, according to the GSMA, using data from Strategy Analytics. Given that this is an average figure, some devices will cost far less.

Echoing Reed's observations, other factors identified by the GSMA as potential hindrances to mobile growth include issues related to infrastructure, local content, and service availability.

One clear example of this availability issue is seen in the realm of 4G. Globally, 28 percent of mobile connections use this technology, but that figure drops to eight percent in the region, where Djibouti, Egypt, Mauritania, Palestine, Syria, and Yemen are still without a 4G network.

In a region where many countries face considerable uncertainty, GSMA's Abbassi notes further challenges for the region's mobile sector in the form of "wars in some countries [and] political instability in others".

Moving forward, both Ovum and the GSMA observe the need to address spectrum issues, if mobile's potential is to be realized.

Resolving issues related to the release, planning and harmonization of spectrum is particularly important, given the growing value of mobile data to the revenues of mobile operators, the need for more capacity, especially in a M2M Smart City environment, and the dominance of mobile as a means for most consumers to get online.

Ovum's data finds that the number of fixed broadband subscriptions in the region should rise from 16.57 million at the end of 2017 to 23.84 million by the end of 2022, while the GSMA predicts that the data needs of the region's mobile subscribers will grow from an average of 1GB a month in 2016, to 11.6GB by 2022.

Given this increase, it's not surprising that Abbassi identifies that the GSMA has a role to play in being "active in capacity building, advocacy, awareness, and events that all aim at advancing policies that insure sustained growth in mobile ecosystems and sustained investments in mobile broadband networks".

However, Ovum's Reed has argued that the opportunities are not easy to grasp.

"Providing data connectivity requires telcos to make heavy investment in networks, while rising competition often prevents them from charging the premium that they'd like to for data access."

Nevertheless, Ovum suggests that most major telcos in the region recognize the need for an overhaul and are taking action to adapt to the situation by adopting new digital strategies.

"Digital opportunity is in services as well as connectivity," his recent report concluded, recommending that telecoms providers "need to continue to change to become service providers as well as network operators".

Making this change will require them to be open to new strategic partnerships, prioritizing digital transformation, and learning from other operators in the region, like Turkcell upgrading its mobile broadband network and rolling out digital services, including video, music, cloud, and messaging.

In tandem with these telco-led efforts, government-driven initiatives in the region will also play a role in driving the further adoption, investment, and rollout of mobile services, including the Internet of Things.

"Dubai Smart City is worth reviewing for sure," says the GSMA's Abbassi on which developments to watch, as well as Saudi Arabia's vision 2030, and plans for 5G rollout in the Gulf States.

Territories such Qatar and the UAE will be among the first countries globally to launch 5G networks, with services expected to launch in the next few years.

For telcos, governments, and consumers, despite considerable changes to the mobile landscape in recent years, it looks like the next phase of Middle East's mobile revolution is only just getting started.

By 2025, there will be more than 50 million 5G connections across the Middle East and Northern Africa, according to a new report from GSMA.

Join Discussion for: Where next for mobile in the Middle East?...