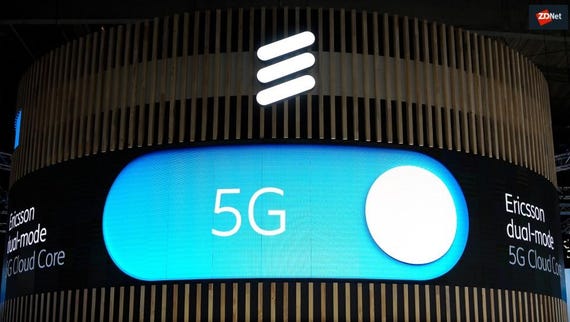 Despite a global pandemic, various national bans on one of the leading suppliers, and even mast arson triggered by conspiracy theories, 5G has had a good year, according to Ericsson. The Swedish telecoms giant's latest research shows that, far from slowing down, the technology is picking up pace in 2020. By the end of the year, in fact, more than one billion people worldwide will be living in an area that is covered by a 5G signal.

At about 15% of the global population, this level of coverage is a significant step up from the state of things at the end of 2019, when the global 5G population coverage stood around 5%. There are, however, major regional differences, with the US, South Korea, China and Switzerland leading growth.

South Korea, for example, is aiming for nationwide coverage in 2021, and Switzerland has deployed 5G networks to 90% of its population. The UK, on the other hand, was recently labeled "average" by Ericsson for 5G deployments, with only about 30% of the population covered by faster networks.

"On a global scale, there are countries like China that are driving development," Patrik Cerwall, head of strategic marketing insights at Ericsson, who edited the report, told ZDNet. "There, we didn't see that the pandemic had an impact on rollout at all."

"If we look at the rest of the world, however, we saw some delays in Western Europe, mostly due to regulatory issues, and auctions that were postponed," he continued.

France, Austria, Spain and Portugal, for example, all had to postpone key spectrum auctions for 5G due to the global health crisis.

The slower rollout of 5G networks in Europe is directly reflected in the lower consumer uptake of the technology: about 1% of mobile subscriptions in Western Europe were 5G this year, which compares poorly to China, for example, where the technology is used by 11% of smartphone users.

Ericsson anticipates that the number will grow at a fast pace over the next six years across the world, to reach 3.5 billion subscriptions in 2026. The gap between Europe and other leading regions is only a short-term one and will close in the next six years, as 5G technology is picked up by consumers. According to Ericsson, 5G subscription uptake will effectively be "significantly faster" than that of 4G, due to China's early engagement with the technology, as well as earlier availability of 5G-enabled devices from several vendors.

Over 150 5G-enabled devices have launched commercially this year, including iOS-capable devices, and at various price points. "Device prices are coming down," said Cerwall.

"You can already find them under $200 in China, and outside of China under $300. The longer you go into any generation, the more handsets there will be of a certain kind. Fast-forward a couple of years, and the same will happen with 5G."

Not all forecasts are that optimistic. Recent research from analysis firm Gartner showed that worldwide smartphone sales are still declining year-on-year. Although shipments are reducing less dramatically than in previous quarters, analysts argue that sales remain weak despite the addition of 5G capability. The trend is due, according to Gartner, to more cautious spending caused by the COVID-19 pandemic.

Gartner's research points to early signs of recovery, but Cerwall stressed that device sales are not the only factor that will drive consumer uptake of 5G. "Devices and prices is one thing, but what is needed is for consumers to actually get something new," he said. "If you pay more for 5G, you don't expect it to just do the same thing."

A so-called "killer app" will be necessary to convince users to spend more on the technology. Cerwall expects immersive formats like augmented reality and virtual reality to grow, for example, as well as cloud gaming.

Whether 5G will succeed in convincing users is still up for debate. Paolo Pescatore, analyst at PP Foresight, is skeptical that the technology holds enough promise for now. "Do consumers really need 5G today? The simple answer is no," he told ZDNet.

"From a consumer perspective, you don't need 5G today because 4G does a good job. 5G only enables you to do what people are already doing, but faster."

Ericsson's Cerwall, for his part, is confident that new use cases and applications for 5G will emerge in time to confirm the company's predictions for 2026. This, argued the researcher, will in turn lead to more networks being built out, coverage being extended, and eventually will drive industrial uptake of the technology.

Join Discussion for: 5G: These are the countries winning the race...