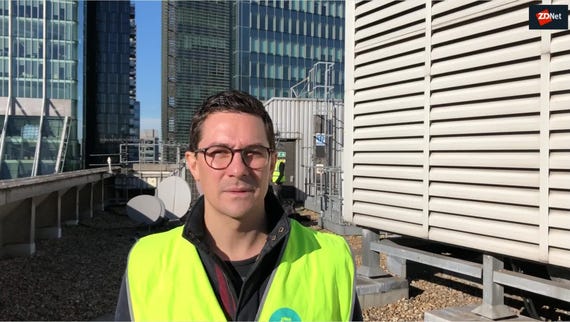 With the launch of the Snapdragon 855 chip earlier this month, Qualcomm claimed to fire the starting gun in the race to launch functional 5G handsets. Among those lining up at the gate at its Snapdragon Summit were AT&T, Verizon, UK wireless carrier EE, OnePlus and Samsung, which showed off a prototype of one of the first phones that will support the standard next year. AT&T and Verizon, in particular, have pushed their rivalry into high gear regarding which company will truly be first-to-market with 5G. And while AT&T is launching hotspot service today, both carriers plan to have at least one phone and one hotspot available in the first half of next year.

As with many major tech advances, 5G represents a leap of faith that -- as Qualcomm pointed out in a "we showed 'em" slide listing skeptics' claims and how the company has addressed them -- is constantly tested. The paradox is that 5G is repeatedly cited as being poised to completely transform our lives, but none of the speakers at Qualcomm's keynote presentation were able to offer even a solid hypothetical example of an application that 5G makes possible or even practical for the first time. Several speakers, though, referenced verticals and tasks that we commonly access on today's 4G networks -- shopping, games and communications, for example.

On what basis is the claim made then? Certainly, the world has changed in the 4G era. Apps such as Uber and Instagram would be impossible -- or at least unrecognizable in terms of functionality -- without the baseline of wireless data availability and speed we have today. But they are actually in the minority of popular apps that are mobile pure plays. Social apps, streaming apps, web and messaging clients all migrated from desktop applications. Facebook, for example, had to make a conscious shift to focus on "mobile first." For many popular mobile games, the largest app category, wireless acts as a means of distribution with the connectivity facilitating revenue from in-app purchase and advertising.

To be sure, LTE enhanced the convenience of using, and in some cases the benefits of using, such services. But for a time, at least, many of these applications were available on a smartphone with no cellular access called the iPod touch. Even as Qualcomm waxed on about the breakthrough of 5G, it noted that the technology's benefits rely on the efforts of a much wider ecosystem than have ever been needed to maximize the impact of previous standards.

In the short term, the benefits of 5G may not just be in stepping up the speed of 4G applications but of 4G itself. Sprint, for example, intends to leverage 5G via a software upgrade to many of its towers throughout 2019. The #4 carrier, which has received disproportionate criticism for its coverage as its prospective merger partner T-Mobile's has ascended, says that one of the first benefits of 5G infrastructure will be improvements in its 4G coverage.

The race to 5G: Inside the fight for the future of mobile as we know it (TechRepublic)

5G outlook: What's to come in 2019 and beyond (TechRepublic)

About the only rapidly maturing tech that seems primed to function on a scale not possible in 5G is augmented reality . For all the promise of 5G lighting up such experiences and giving rise to the Internet of Things, though, Qualcomm still sees the smartphone as the champion device in the 5G era, even as it moves aggressively to get its chips into sleek tablet/laptop hybrids such as the Lenovo Yoga C630 and others that will use the Snapdragon 8cx SoC.

And therein may lie a choke point on the impact of the next-generation wireless standards. Smartphone vendors continue to focus on ways to cram more megapixels and light capture into their cameras while stretching their displays to the edges of devices. However, the iPhone -- which set the standard for modern-day smartphone operation -- debuted on a pre-3G network. Certainly, Android and (eventually) iOS will benefit from faster data access. But the constraints of the app paradigm and the limitations of the smartphone form factor may not be enough to support 5G's breakthrough contribution to our lives.

Tech companies are dialing down the hype around 5G mobile - here's why
5G will bring big benefits in the future, but over-hyping it today won't help anyone.

Qualcomm tops Q4 earnings targets, eyes 5G growth
Qualcomm said it did not record any revenues in fiscal 2018 for royalties it says it's due on sales of Apple's products.