A laptop that only a writer could love

Most potential customers will write off the FreeWrite Traveler since it costs as much as a solid midrange Windows notebook that can do much more. But the product's excellent keyboard and outdoor-ready e-ink display can help those who need to maximize their written output.
Written by Ross Rubin on Oct. 24, 2018 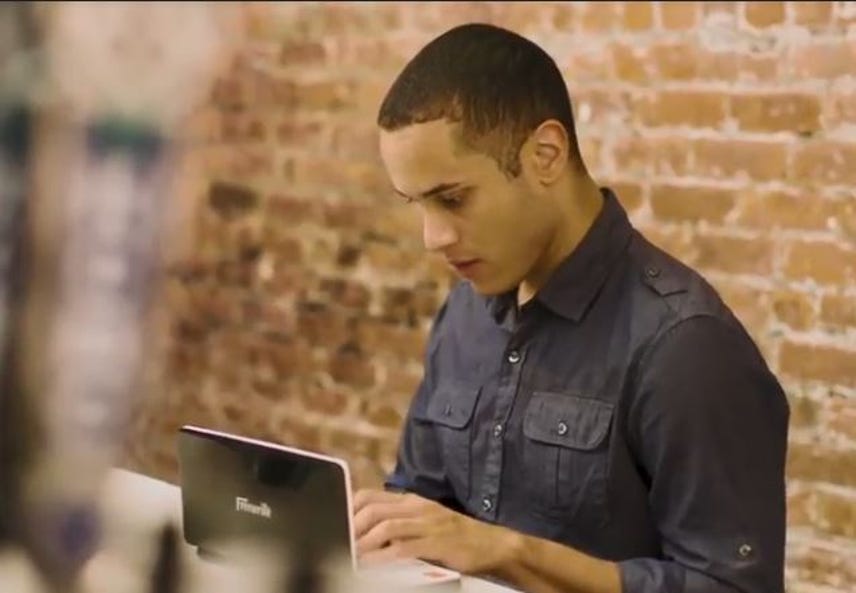 Like painting or photography, writing can be an expression of art or a utilitarian task. Laptops have become the multifunctional workhorses that generate endless volumes of words informed by browser-facilitated research with the goal of efficient communication. But for many kinds of writing such as fiction and other creative works, many writers favor a more minimalist experience.

For example, HBO benefactor George R. R. Martin famously composes his Game of Thrones novels on an old DOS PC running WordStar, the output of which may have been optimized for scrolls of papyrus. Alas, for those looking to lay down some prose on the go, the state of the art of DOS laptops is less than compelling, that is, even if you can get them to work off a battery for any amount of time.

So in 2016, the small team at Astrohaus developed a writing appliance that featured an excellent mechanical keyboard. Its wedge profile used comically large lever controls for tasks such as turning Wi-Fi on and off. However, it lacked support for displaying even bold and italic text, much less cut and paste or web browsers, leaving PCs to handle those details via synced cloud services and an SD card slot. In short, the $500 FreeWrite was intended to capture the simplicity and focus of a typewriter. That included the ability to be easily used outside via an e-ink display, which also helped it achieve weeks of battery life.

The FreeWrite earned scorn from fans of previous writing appliances such as the discontinued Alphasmart Neo, an inexpensive keyboard/monochrome LCD device designed for teaching kids typing. It could also run for weeks, and using only AA batteries. But the Alphasmart keyboard and screen -- the most critical components, after all -- were far inferior to those on the FreeWrite. Writers reported that they were able to actually generate higher word counts using the FreeWrite than on their previous devices.

Still, given the task at hand, the FreeWrite was bulky, heavy, and exuded a style so retro that it could certainly attract unwanted attention. Hence, the company is back with the FreeWrite Traveler, a lighter clamshell take on the concept. The idea of a laptop-like device without a trackpad/wrist rest is reminiscent of some early subnotebooks such as the DOS-based ZEOS Pocket PC (which would also be a good distraction-free writing product but for the difficulty in exchanging files with it).

But the Traveler is much larger than that device, with about the same footprint as an 84-key desktop keyboard (which is, essentially, its lower half). While it lacks the mechanical keyboard of the original FreeWrite, it is nonetheless centered around the typing experience. Astrohaus says it looked at the best laptop keyboards as the standard to match; typing on the Traveler is comfortable and responsive. And while the 6-inch e-ink display leaves a huge expanse of wasted space on either side of the screen, it will provide one of the best outdoor readability options in the market. In a hands-on demo of the prototype, it kept up pretty well with accelerated touch typing.

Astrohaus admits that it would ideally like to have a better-fitting display but, unlike Amazon, isn't in a position to dictate custom sizes. Besides, a larger display would probably raise the price of the Traveler. Indeed, while some of the promise of a second-generation FreeWrite was a lower price, the Traveler costs even more than the original FreeWrite. However, there is still time to snag a deep discount ordering through the Indiegogo campaign.

It would be interesting to see the display marketed as a separate Bluetooth device, capturing the essence of a piece of blank paper, but being able to work with a choice of keyboards. These could range from pocket-friendly folding affairs (like the one on the Pomera DM30) to beefy mechanical units featuring LED lighting and clackety keys enabled by the likes of Cherry MX Blue switches.

Astrohaus has taken advantage of the opportunity to improve some other elements from the first product, including a file browser more familiar to PC users and support for arrow key functionality. Unfortunately, these software improvements won't trickle down to the original FreeWrite. The company has also toned down the quirky aesthetic from the original product even though the styling is still distinctive.

Astrohaus built the FreeWrite Traveler by collecting feedback from its existing customer base, many of whom are creative or fiction writers. So the Traveler isn't expected to widely broaden the appeal of such a tool. For now, customers seem to like the roadmap. The Traveler has attracted more than $400,000 with about 10 days left to go in the campaign. Beyond that lies the question of where the small company can go next. Astrohaus says it wants to continue to focus on tools for writers. So far, enough of them have embraced a vehicle for writing that's as escapist to use as a well-crafted story can be to read.

Hemingwrite: You do one thing on this computer, and that's write

It might seem like crowdfunding a portable word processor is very 1980s, but there's never been a better time for one. Plus, this "distraction-free digital typewriter" has a very modern twist.

From Japan, a typewriter in your pocket

The Pomera DM30 is a distraction-free word processor that goes 20 hours on a pair of AAs. However, this latest generation of a decade-old product line is making concessions to English-native users as it heads to the US market via Kickstarter.

Startups join the push to revive the palmtop

A decade after growing smartphone touchscreens crowded handheld keyboard devices out of the market, more market newcomers than ever are working on amping the cramping of QWERTY.

Coolest keyboards to give or receive

If you're serious about typing, there's nothing that beats the speed, precision, and sheer joy that comes from using a high quality physical keyboard.