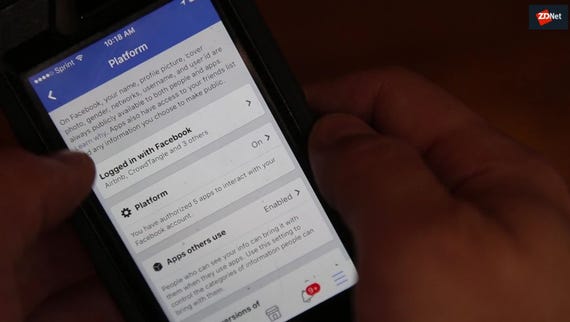 The American Civil Liberties Union has filed a motion to unseal court documents concerning the US government's attempt to force Facebook to build an encryption backdoor into its Facebook Messenger client.

The motion is in connection to a legal case that took place over the summer, but for which the Department of Justice has sealed all related documents.

The case, brought to light by Reuters and The Washington Post reports over the fall, is about the DOJ's attempt to obtain a federal court order that would have legally forced Facebook to introduce an encryption backdoor into the Facebook Messenger voice service.

The FBI wanted to wiretap the voice communications of suspected members of MS-13, a notorious criminal gang active all over North America. The FBI said they already had text messages from gang members, but they couldn't intercept Messenger voice calls, which were encrypted.

The FBI didn't obtain the desired court order because Facebook fought back, arguing that the request would be infeasible and impractical, as it would require the company to spend a large sum of money to re-write its entire application.

Now, the ACLU wants a US court to reveal what happened in the secret court proceedings surrounding this case.

"A core tenet of our democratic system is that the people must have a say in the laws that bind them," the ACLU said this week. "That's why secret judicial proceedings and opinions are particularly troubling. Yet this past summer, a critical legal dispute potentially affecting the private communications of millions of Americans was litigated entirely in secret."

By forcing the DOJ to make its legal efforts public, the ACLU wants to create a legal precedent. A favorable will prevent the DOJ and FBI from burying similar legal proceedings against other tech companies in the future.

This is the second time that the US government has tried to force a tech company to create an encryption backdoor in one of its products. But while the FBI vs. Apple legal case played out in public, nobody knew anything about the DOJ and FBI's legal pressure against Facebook until some keen-eyed reporters spotted a few legal documents in September.

"Ultimately, people have a right to oversee the kind of surveillance used in their communities," the ACLU said.

Join Discussion for: ACLU wants court to release documents on...