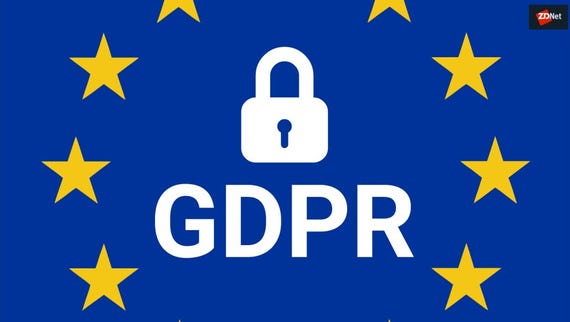 The seven consumer protection agencies claim that Google "lacks a valid legal ground for processing the [location] data in question" and that because of its deceptive practices the users' consent "is not freely given," hence, the company is in violation of the new General Data Protection Regulation (GDPR) that entered into effect in the EU space since late May, this year.

GDPR complaints have been filed with national data protection authorities in the Netherlands, Poland, the Czech Republic, Greece, Norway, Slovenia, and Sweden.

All seven GDPR complaints have been filed based on the findings of a 44-page report published today by Norway's Consumer Council, the country's consumer protection agency.

The aforementioned report shows how Google has been using a number of deceptive practices to enable location tracking for Google accounts via two settings known as Location History and Web & App Activity.

The report claims that Google has been using a series of deceptive practices and design tricks to push users into activating the two location tracking features and leaving them enabled. The report lists the following practices:

The Norwegian agency's report has been put together after two field tests carried out on freshly installed Android smartphones in July (Samsung Galaxy S7 Android device running Android version 8.0.0) and again in October (on the same Samsung device, and on a Google Pixel device running Android version 9). The two tests identified similar issues, resulting in a decision from the seven agencies to go forward with GDPR complaints.

Following today's filings, data protection agencies in each of the respective seven countries will have to investigate Google's location tracking practices in light of the current GDPR legislation.

If found guilty, Google risks fines that can go up to €20 million ($22.6 million) or 4 percent of annual global turnover.

Google tried to save face over the summer when it made changes to the Google account dashboard interface, but by that point, it was too little too late, as the company had already drawn the ire of users and EU consumer protection agencies alike.

The protection of data will become linked with economic growth, according to Cisco's chief privacy officer.

GDPR's silver lining: Data-driven AI and innovation in the enterprise

IBM's Cristina Cabella explains why GDPR has the potential to promote AI and machine learning in the enterprise.

Facebook was fined £500,000 under the Data Protection Act for the Cambridge Analytica scandal but may not get away so lightly this time.

AggregateIQ, also linked to the Facebook & Cambridge Analytica data scandal, is the first to be put on notice.

Three months after the introduction of the General Data Protection Regulation (GDPR), European news sites have reduced their use of tracking cookies by 22 percent, according to research from the University of Oxford. Companies that run websites should be aware of the problem and ready to act.