Plans to boost OpenStack skills with professional certifications are taking shape, with the first qualification - for certified OpenStack administrator - available from next year.

Having worked with a number of companies to develop certification criteria and start writing test questions, the OpenStack Foundation today confirmed that it will be working with the Linux Foundation to deliver the new certified admin rating.

"As OpenStack matures and enters bigger and bigger markets, or new markets in terms of adoption, what people typically want to do is really start to take the software and put it to use. They aren't necessarily focused primarily on contributing back to the code base. They just want to operate it - and so that's where we see the biggest impact in terms of skills," he said.

"If you look at OpenStack, the software, we've had a few thousand people contribute, which is amazing for an open-source project. Very few have ever had thousands of developers.

"But if you think about the thousands of companies running it, really what you need is operations experience and administration experience to go beyond that group of hardcore experts. That's why it makes sense to go first with the certified administrator."

In September 2013, the OpenStack Foundation launched a training marketplace but skills remain a significant issue. Research published in May suggested that shortages of skilled OpenStack staff could help push up the cost of the open-source technology against proprietary alternatives.

"This is meant for people who are deploying, operating, and administering an OpenStack environment. It would cover the basics of what is OpenStack, what you can do with it, how you install it, how you monitor it, upgrade it, patch it - all those kinds of things. It's an administrative training focus," Bryce said. 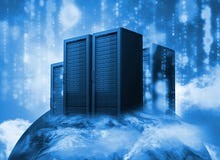 Once the administrator certification has been made available, OpenStack's Mark Collier said qualifications in other areas will follow.

"There's nothing finalized in terms of what's going to happen after the administrator - but there are other developer, engineering types of roles that are really important inside OpenStack," Collier said.

"So I could certainly see that being a more deeply technical type of certification, that's not just about running the cloud but actually about writing and contributing to OpenStack - so something in the developer, engineering area would be a logical next step."

The new admin certification will be delivered online to make it easily accessible by individuals regardless of their location.

"Considering we have members in our foundation from over 150 countries, it's really important to have that kind of accessibility. As a small team trying to make a big impact around the world, that approach is going to work well for us," Collier said.