Out today, OpenStack's latest release, Liberty, takes up where predecessor Kilo left off, with improved management features. But it also adds an important advance in the Nova compute project, with the second iteration of Cells tailored for scaling deployments.

According to OpenStack, Cells functionality enables clouds to be scaled in a more distributed fashion without having to use approaches such as database and message-queue clustering.

"Cells v2 is possibly the biggest update in Liberty and the most important thing in there. The cool thing is that this is the first release of Cells v2 and in future releases the plan is for Cells to be the default way that Nova is deployed," OpenStack Foundation executive director Jonathan Bryce said.

"So when you stand up a new Nova instance, you'll have a single-cell OpenStack deployment. As you grow, as you scale, either because of size or because of location, you can add additional cells with Cells v2, without having to change modes."

In previous versions of OpenStack, the Cells capability represented almost a different model of running Nova, which reduced the number of people who could make use of it.

"Cells v2 really makes it the default way that Nova is deployed and set up from the beginning. So it brings that horizontal scalability to every deployment. It's not just about how do you get to 10,000 physical machines," Bryce said.

"Some people, running network functions virtualization or some of the cable-television providers, have a lot of small OpenStack instances that they need to spread out geographically. They'd still like those to have some level of aggregation and consistency, rather than it being, say, 45 completely independent OpenStack installs. Cells also provides that kind of capability." 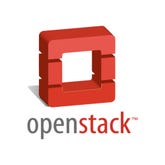 Just how big is Google's decision to throw its weight behind OpenStack? Dozens of companies are already involved in the open-source OpenStack cloud-computing platform but the arrival of Google among them could prove telling.

It is now backed by more than 200 vendors, including Cisco, Dell, HP, IBM, Intel, Oracle, Red Hat, and VMware, with a large developer community working on a variety of loosely-coupled projects.

On the manageability front, Liberty offers common library adoption, and improvements to configuration management. There is also role-based access control for the Heat and Neutron projects, which is designed to provide fine controls over security settings at all levels of the network and API.

"Manageability means things that are important to enterprises, like the block storage system, have had a lot of focus on testing and consistency across every implementation of the block-storage drivers," Bryce said.

Those controls in the Neutron project cover not just who can make an API call or who can access something in the interface, but extend to the management of traffic on those virtual network resources.

"You're able to set role-based access controls down to the port level to look at what traffic is moving where and prevent people from not just the API actions they can take but even what network resources they have access to," Bryce said.

"It's building on a lot of things that have come out over the past couple of years and then just making them more polished - like configuration management - cleaning up some of the rough edges and making it something where OpenStack is available to a broader audience, to more traditional and mainstream IT organizations and not just some of the early adopters and the ones that have a big technical staff."

Liberty also brings improvements in scale and performance across Nova, Horizon, Neutron and Cinder, according to the OpenStack Foundation. There is also stronger support for OpenStack as the integration engine, and the first full release of the Magnum API service, which supports Kubernetes, Mesos and Docker Swarm.

Bryce said Liberty is not just the project's 12th release but shows that the OpenStack community is one of the most successful software-development organizations in history.

"Twelve releases, every single one of them on time. If there's one highlight for me, it's that Liberty is the release that most embodies taking all that feedback from the operators' meet-ups that we started over the past year," he said.

"This is a release that has had the most direct user input into it. That's a conscious effort that the community and the foundation have made over the past year to have these mid-cycle ops meet-ups, to tie users directly into the development process. The developers are really listening and you see that everywhere in Liberty."

Join Discussion for: OpenStack's Liberty is out but what's in...