More than 20 European fact-checking outlets are participating in Facebook's initiative.
Written by Bojan Stojkovski, Contributor on May 17, 2019 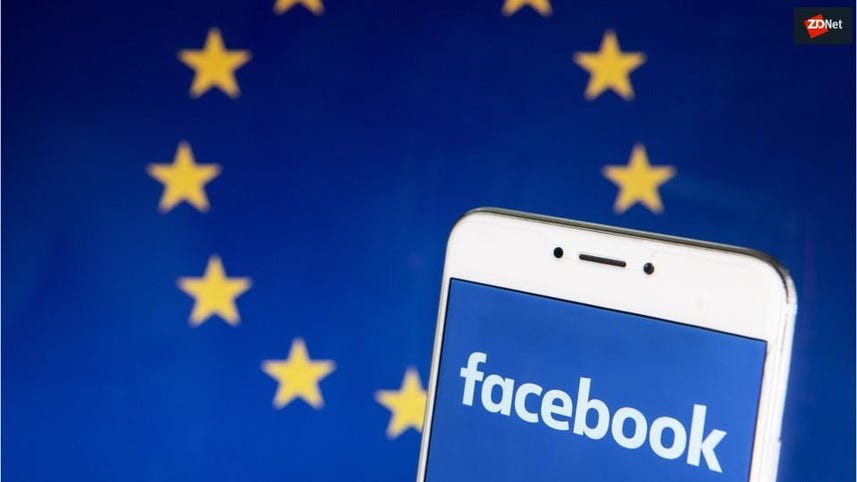 Here are a few of the stories circulating on social networks, addressing issues raised in campaigns for the upcoming European Parliament elections:

"The Italian government has the biggest approval rating in the EU."

"The Paris city council has more civil servants than the European Commission."

The one thing they all have in common is not the EU but that they're all false. They've been outed by a Facebook-supported initiative for fighting fake news and disinformation ahead of the May 23-26, 2019 European elections.

How does the initiative work? According to Facebook, when a fact-checker rates a story as fake, it automatically falls down the newsfeed, which significantly reduces its distribution – in some cases by 80%.

Recently, the social-media giant announced it would expand its network of independent, third-party fact-checkers with five outlets from the EU.

Having joined the bloc in 2013, this year Croatia and its citizens will go the European polls for the second time. Battling disinformation isn't a new challenge for Croatian media, as it has dealt with it before, especially when reporting on national elections.

Like the rest of the Europe, the union's youngest member has also faced the rise of populism and nationalism – which are some of the hottest topic areas in disinformation.

Most of the black propaganda regarding the upcoming European elections in Croatia comes from nationalistic and anti-globalist points of view, Faktograf's journalist Petar Vidov tells ZDNet.

"Most of the disinformation we are seeing is aimed at provoking strong emotions in readers, especially fear," Vidov explains. "That's why a lot of disinformation is aimed at, for example, refugees coming into Europe or healthcare topics such as vaccines."

Faktograf was founded in 2017, and as Vidov points out, every topic the outlet deals with is thoroughly investigated. "Some disinformation is easier to debunk, while some stories take a long time to investigate properly. Our goal is not the quantity, but the quality of the content."

One of Faktograf's latest fact-checks was debunking disinformation surrounding the Notre Dame fire, a joint effort of FactCheckEU – a standalone project that unites 19 media outlets from 13 European countries.

Supported by the International Fact-Checking Network (IFCN), the project requires media outlets to commit to 12 different criteria on transparency, ethics, methodology, and impartiality.

However, when it comes to winning the fight against disinformation, the Croatian media still has a long way to go, Croatian journalist Ivan Fischer tells ZDNet. The issue is also connected to a strong political influence on the media, and the limited use of fact-checking outlets.

"There are so-called 'independent' news outlets, which are practically mouthpieces for several political entities," he explains. "They publish damaging news, or just put suspicious information out there, which is then boosted on Facebook by official or unofficial campaign pages."

For Lithuania, an EU member since 2004, the biggest concern regarding disinformation comes from neighboring Russia. Jurgita Lapienyte, a journalist for 15min.lt, explains that Russian propaganda in the Baltic country is much more complicated than just spreading disinformation.

"Several reports showed that Russian media is keen on making and spreading certain narratives about Europe: decay and the horrors of life, the refugee crisis, protests, and sanctions," Lapienyte tells ZDNet.

In May, together with the European elections, the country is also having its presidential elections. Moreover, the national polls might even become the bigger prize for Russia.

"The European elections are not our primary concern – some experts say the presidential elections are the main target for Russian propaganda," Lapienyte adds.

The Lithuanian news outlet's fact-checking project began in 2016 and now mostly focuses on verifying statements and claims made by Lithuanian politicians. Additionally, Checked by 15min is the only fact-checking platform from the Baltic region that is a part of Facebook's initiative.

According to the project's author, Liepa Zeleniute, fake content also depends on the social issues that are present in the Lithuanian society.

"We've had waves of fake news about children's rights, environment, vaccines, the Notre Dame fire and so on. The fake news creators adjust very fast to create mass hysteria in the society."