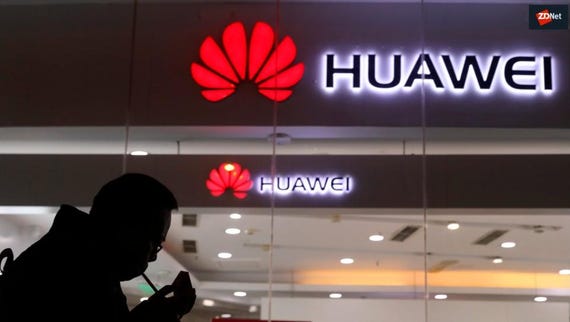 Global smartphone sales still in decline, but not all brands are hurt the same
Watch Now

The Chinese tech giant launched the Mate 30 and Mate 30 Pro in September with Android but GMS was switched out for HMS due to US trade restrictions imposed amid the ongoing trade war between the US and China.

The US Department of Commerce in May added Huawei to its Entity List, preventing US tech firms like Google from supplying technology to the company.

While Huawei is free to use open-source Android, Google can't issue a license to Huawei in order to use GMS. That adds a lot of complexity for potential new buyers who expect to be able to install new apps from Google Play.

Huawei plans to launch the P40 and P40 Pro in Paris in the first quarter of 2020. Yu said the new P-series will feature a "never seen" design with a better camera, better performance and improved AI.

The P40 is expected to be a bump up from the P30 Pro update that launched this September, also under the shadow of the US-China trade conflict.

While there are exemptions on restrictions for supplying technology to Huawei, Google confirmed in August that the exemptions did not extend to new products.

The US government has claimed that Huawei was engaged in interests against US national security or foreign policy interests — allegations that Huawei has strongly rejected.

The lack of GMS in Huawei's new phones means that users are restricted to Huawei's app store with only 45,000 apps compared to the nearly 3 million in the Google Play Store. The other option is side-loading apps, but that's still a bigger overhead than the conventional method for installing apps.

Join Discussion for: After Mate 30, Huawei set to launch P40 without...