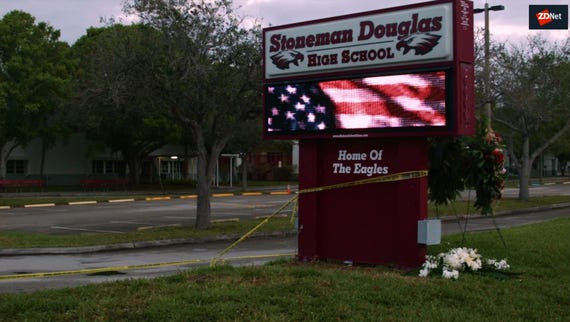 Athena Security, a San Francisco-based AI company that utilizes computer vision for security applications, has announced implementation of an AI camera system it says can identify guns in crowds. The system is one of a growing number of technologies aimed at preventing gun crime.

In addition to detection, Athena's cameras can also alert police to the presence of an active shooter, potentially reducing response time, according to the company. Wood High School in Warminster, PA, will be an early testbed for the technology.

Though mass shootings in schools have declined since the 1990s, the threat has never loomed larger in the minds of concerned parents. Information on mass shootings (defined as an event in which four or more people are shot, not including the gunman) is notoriously difficult to track, but the Gun Violence Archive places the overall number of mass shootings in the U.S. in 2017 at 346.

Technologies of various sorts have been offered up as potential ways to mitigate gun violence. Schools in many districts around the country are equipped with metal detectors, for example, and there's been recent talk of introducing airport-style body scanners.

After high profile shootings in places like Parkland, Colorado, some schools have also begun to look for more sophisticated safeguards. Earlier this month I wrote about a business analytics company whose technology is being used to monitor students' public social media accounts to watch for threats to life or wellbeing.

The balancing act for administrators and technologists is to introduce new equipment designed to increase safety without militarizing schools or compromising privacy.

"The feeling of safety is palpable on campus knowing that we have the best weapon detection security camera system in the world watching over our children every second of the day," says Gary Zimmaro, President of Archbishop Wood High School in Warminster, PA. "In addition to providing an excellent education, we have a duty and responsibility to keep our students safe."

According to a PDK poll, a full 34 percent of parents worry for their child's physical safety at school. That's a three-fold increase from 2013. Founded by for former Revel Systems cofounders Lisa Falzone and Chris Ciabarra, Athena has emerged out of the current anxious paradigm with a compelling technology product.

"It was around the time of the Las Vegas shooting when we realized that we could parlay our cloud tech expertise with Revel to create an AI-powered system that would accurately recognize any crime or weapon and alert police in real time," says Falzone.

The trick during development was to create a computer vision algorithm that continuously monitors cameras without reporting too many false positives, a weakness of past attempts at AI gun detection technology.

Athena's system is powered by the NVIDIA 2080 RTX graphics card and can be integrated into current camera security networks. Besides schools, the company is marketing its solution to retailers.