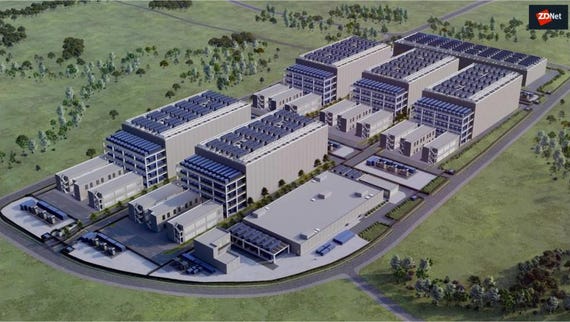 AirTrunk has announced its plans to build a new hyperscale data centre campus in Inzai, Tokyo that will be scalable to over 300MW.

The data centre campus, called TOK1, will be based at Inzai's data centre hub and contain seven buildings across 13 hectares of land. It will be the company's first data centre in Japan.

The new data centre is expected to be open in late 2021 and will initially have around 60MW in capacity. The data centre campus will be built in a phased approach based on customer demand, AirTrunk said.

Touted by AirTrunk as the largest in the APAC region outside of China, the company added that the campus would be powered by 66kV substations and have a power usage effectiveness of 1.15 to deliver energy efficiencies.

"Japan is a highly developed market with strong international connectivity, underpinning its position as a technology and data centre hub in Asia. The rapid increase of cloud adoption in Japan will be enabled by critical infrastructure, including hyperscale data centres like TOK1," AirTrunk founder and CEO Robin Khuda said.

TOK1 will be the company's sixth data centre in the APAC region, and will sit alongside two facilities in Sydney and one each in Melbourne, Singapore, and Hong Kong. In total, the new data centre campus will give AirTrunk a total capacity of more than 750 MW across the five markets, the company said.

Among the previously announced data centres, AirTrunk's Singapore data centre, SGP1, was set to be completed in mid-2020. Due to COVID-19, however, there have been delays in its construction, Khuda told ZDNet.

He added that the pandemic has resulted in widespread delays in construction across the globe.

Despite these delays, Khuda remained optimistic about AirTrunk's outlook, saying SGP1 is still set to open this year.

"The COVID-19 pandemic has and continues to accelerate digital transformation and the need for hyperscale infrastructure across APAC. We are seeing record levels of demand in all our key markets in the region," Khuda said.

"The outlook for the data centre market remains strong, with continued demand for digital infrastructure to support the rapid growth of data and shift to the cloud. In Asia, cloud adoption is still in early stages but is growing on a steep curve."

It will be the Australian company's third facility down under.

The Australian company plans to boost its APAC presence by building a new 60+ megawatt hyperscale data centre in Singapore.

A new survey from Schneider Electric says 80% of respondents believe hyperscale and colocation data centres are the next wave.