It will be the Australian company's third facility down under.
Written by Asha Barbaschow, Journalist on Nov. 19, 2019 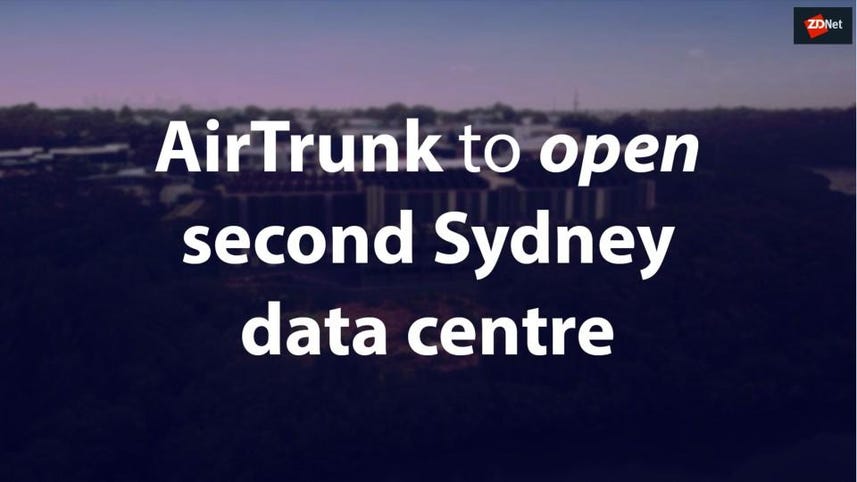 AirTrunk has announced its plans to build a second hyperscale data centre in Sydney, with the new 110+ megawatt facility to complement its two existing ones down under.

The new data centre, set to open in 2020, will be located in Sydney's north and will be known as SYD2.

The facility will be spread over 4 hectares of land and will be supported by a dedicated 132kV substation, which AirTrunk said will allow reliable power infrastructure at lower electricity rates.

"The facility is strategically located in major cloud availability zones in Sydney's north and is well-connected to telecommunications infrastructure," the company said.

Phase one of the build cost the company AU$200 million.

AirTrunk in August last year had announced the completion of a AU$850 million financing round to fund a major expansion of its Australian data centres in both Sydney and Melbourne.

AirTrunk this week said it has also acquired land adjacent to SYD1 and MEL1, saying it will enable both campuses to expand to over 130MW of IT load each.

The company's total Australian capacity will as a result be boosted to more than 370MW across the three data centres.

AirTrunk in April announced its plans to build a hyperscale data centre in Singapore, having raised SG$450 million to kick-off the build.

The Singapore development is part of AirTrunk's Asia-Pacific growth strategy and will see the Australian company boast three facilities in the region.

The Singapore facility will be built in Loyang, with the company saying its location is strategically near the Changi North Cable Landing Station, a key sub-sea internet landing station for international interconnection.

The company also announced a new facility in Hong Kong that will boast capacity tipping 20MW.

Both the Singapore and Hong Kong facilities are tracking ahead of schedule, AirTrunk said.

Australia Post has been named as one of the data centre's first customers.

A second region is pencilled in for Melbourne in early 2020.

With Australia one of the biggest global users of Webex, Cisco is building a new Sydney-based data centre.

The Digital Transformation Agency will stand up a new Digital Infrastructure Service to oversee the whole-of-government Hosting Strategy.

Data Management
Brazilian organizations to invest $2.9B in data projects in 2022