Alexa, Kindle, and Audible integration: Now, and how it might be in the future

Alexa currently has a couple of uninspired and seemingly incomplete features integrating the voice platform with Audible and Kindle. But where could Amazon go with this? We take a look.
Written by David Gewirtz, Senior Contributing Editor on Oct. 17, 2019 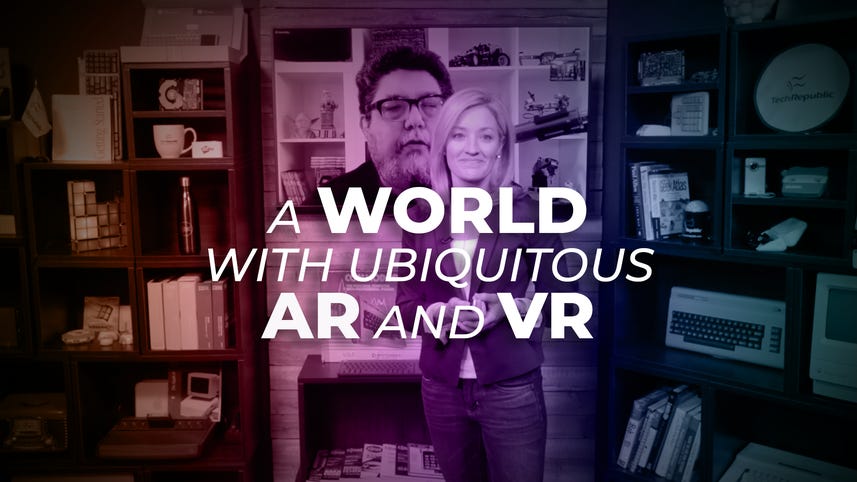 One of the things I like about Amazon's style of innovation is that the company comes out with a workable product and makes incremental changes, rather than waiting years until an idea is fully baked. This allows us to make use of existing capabilities and develop familiarity with a product as new capabilities are being added. It also gives Amazon the ability to see how people use new capabilities, and then make course corrections and improvements.

Today, I'm going to discuss one such half-baked (but that's not a bad thing) implementation area Amazon is obviously tinkering with: Alexa/Kindle/Audible integration.

Until recently, it made sense for these to be moderately unrelated technologies. Kindle was read on a device with a screen, and Alexa helped you get stuff done via voice. But now that Amazon has announced Alexa earbuds and Alexa-equipped glasses (which, really, are essentially earbuds with lenses), integrating Alexa and Kindle makes more sense.

In 2016, Amazon introduced the ability for Alexa to read Kindle books. You only got one voice (Alexa herself), but it wasn't bad. Alexa can also play books purchased from Audible, Amazon's audio book subsidiary.

Unfortunately, this creates some snafus when issuing commands.

For example, you might expect "Alexa, read my book" to read (as in translate text to words) a Kindle book, and you'd expect that to be the book you currently have open. But that's not how I've experienced the feature. Instead, "Alexa, read my book" actually started playing the most-recently purchased Audible book.

I would have thought "Alexa, read my book" would read Kindle and "Alexa, play my book" would play Audible, but that doesn't appear to be how it works.

That said, you can tell Alexa to read a Kindle book, but you have to specify the exact (and I mean the exact-exact) title. For example, I'm currently reading a book clumsily titled Star Trek: Discovery: The Enterprise War.

The book is, obviously, a Star Trek book. It's set in the Discovery timeline, which is about 10 years before Kirk and Spock adventured on the Enterprise. To indicate that it was part of the Star Trek: Discovery TV show, the book title includes that and then another colon for good measure.

Instead, you must specify "Alexa, read Star Trek Discovery The Enterprise War." Thankfully, you don't have to utter "colon" twice, so thank Bezos for small wins.

This need to specify the full name of a title is also an inconvenience with Amazon's newest feature, "Alexa, manage my content."

This feature allows you to send Kindle and Audible books to a device merely by using your voice.

It should be noted that this feature is extremely limited, but it does provide a look into what might be in the future. For example, you can only send a Kindle or Audible book to a single default device. You can't choose to send Audible to your iPhone and the Kindle book to a Kindle reader.

You also can't borrow new Kindle books if you're a Kindle Unlimited member. And, of course, you must specify the complete name of the book you want to send.

That means, if you have a large library, there's no way you can ask Alexa "What's the name of my Enterprise book" and get a name or a list back. You have to remember that it's called, exactly, Star Trek: Discovery: The Enterprise War.

Once you send a book to a device, you can use Alexa to remove it, but this is really the nuclear option. If you ask Alexa to delete the book you sent, you're not just deleting the book from your device, you're permanently removing it from your library. That's harsh.

I asked a random Amazon tech support person whether it would be possible to get back a book I deleted this way, and he said he didn't know and hadn't yet been brave enough to try it. One bonus, I was told, is that if you delete a Kindle Unlimited book in this way, Amazon marks it as a return.

There's no doubt that -- today -- this new feature is a whole lot of meh. But think about what Amazon could do with it in the future.

It could add better title parsing, so you could send "that Enterprise book" to a device. It could allow books to be sent to devices you specify.

With just earbuds, you might even be able to purchase a book. For example, "Alexa, what's that new Discovery Enterprise book?" might result in this exchange:

Alexa: "Two titles might meet your needs: Star Trek: Discovery: The Enterprise War by John Jackson Miller and Rise of the Federation: Tower of Babel (Star Trek: Enterprise Book 16) by Christopher L. Bennett. Would you like to purchase and download either of them?"

Alexa: "Hearing of the outbreak of hostilities between the United Federation of Planets and the Klingon Empire, Captain Christopher Pike attempts to bring the USS Enterprise home to join in the fight. Would you like more details?"

And then, Alexa would begin reading the book, all without screen access. A similar approach might be taken for books already in your Kindle library. Here's another potential future exchange:

Me: "Alexa, read me my Enterprise book."

Alexa: "I have Star Trek: Discovery: The Enterprise War by John Jackson Miller in your library. Would you like me to read that?"

And, once again, Alexa would begin reading it to you.

Today, these features are crude. But as time goes on, these additions are logical extensions to Amazon's offerings. For those of us who are sighted, but just like having our hands free, these are helpful features.

But what really excites me is how we're a few steps away from providing some very capable browsing and discovery accessibility features to sight-challenged individuals. This could really empower folks in entirely new ways.

So stay tuned. If Alexa doesn't kill us in our sleep first, the literary future of an always-on voice assistant might be very helpful and exciting indeed.

Disclaimer: Star Trek is owned by CBS, ZDNet's parent company. Neither the author, nor anyone else at ZDNet, for that matter, have any input into Star Trek despite our most fervent wishes.