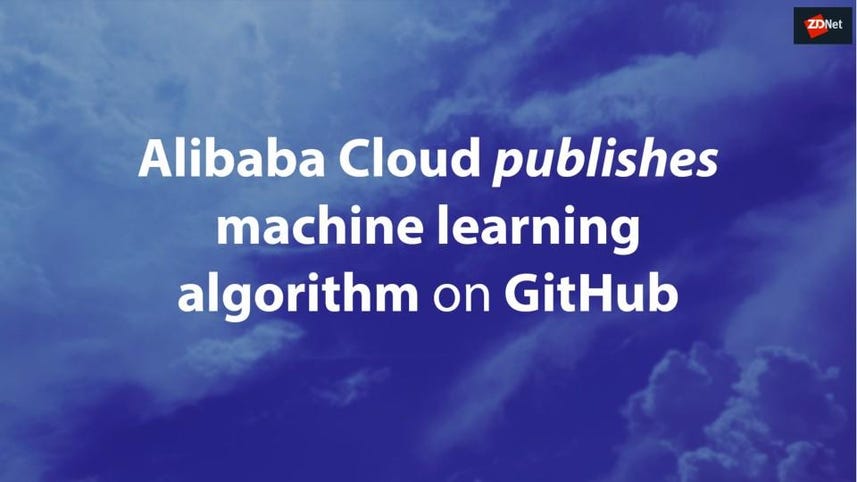 Alibaba Group's cloud unit has published "core codes" of its Alink platform on GitHub, uploading a rang of algorithm libraries that it says support batch and stream processing. These are essential to support machine learning tasks such as online product recommendations and smart customer services.

Developed based on unified distributed computing engine Flink, Alink supports a range of open-source data storage platforms other than Alibaba's own proprietary offering, including Kafka, HDFS, and HBase.

Noting that the Chinese tech vendor was one of the top 10 contributors on GitHub, Jia said: "We are committed to connecting with the open source community as early as possible in our software development cycles. Sharing Alink on GitHub underlines [this] commitment."

Alibaba itself has deployed Alink to support its e-commerce marketplace Tmall, where it pushed click-through rate of product recommendations by 4% during this year's November 11 shopping festival.

To date, the Chinese vendor has some 20,000 contributors on GitHub. Alibaba's open source initiatives include MySQL-based AliSQL, container tool Pouch, and JStorm, a Java-based version of Apache Storm.

Chinese tech vendor will likely face spillover concerns over security as it looks to become a hardware and software powerhouse with the launch of its Hanguang 800 artificial intelligence chip, but the thing that will prove to be a valuable proposition will be its ties to China.

Alibaba looks to arm hotels, cities with its AI technology

Chinese internet giant is touting the use of artificial intelligence technology to arm drivers with real-time data on road conditions as well as robots in the hospitality sector, where they can deliver meals and laundry to guests.