Alt Tabs: How Google and Microsoft are cleaning up crowded browsers

We've reached a point where websites could use a little social distancing.
Written by Ross Rubin, Contributor on May 15, 2020 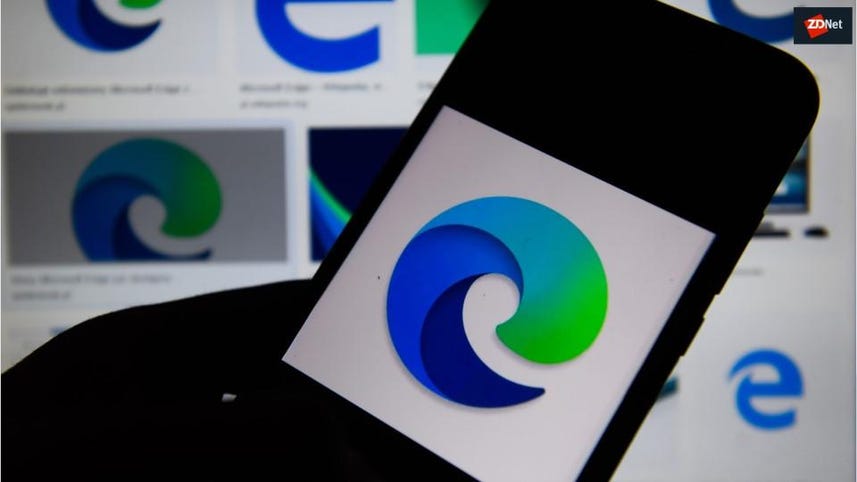 In my recent column on the Surface Go 2 and the Lenovo IdeaPad Duet Chromebook, I positioned the challenge those devices pose to the iPad as coming down to, in part, whether prospective buyers preferred a traditional windowing environment versus the iPad's split-screen/floating window hybrid. For years, we've seen Microsoft wrestle mightily with the proper balance between touch and windowing environments from Windows 8 (in earnest) to Windows 10 (which can work quite well but has seen poor adoption) and beyond to Windows 10 X,

Google has also sought to reconcile the interface disparities of desktop and mobile interfaces. When I spoke with the company as it launched the Pixelbook Slate last year, I agreed with its assessment of having made much progress in the integration of Android apps into Chrome OS. However, it conceded that it still had much work ahead of it. Indeed, while integrating Android apps made Chome OS a far more capable platform, especially for tablets, It compromised some of the simplicity of what could be an almost wholly tab-driven interface.

It might, for example, be useful to have Android apps run inside a browser tab. While that's theoretically no different than a website., many parties simply imbue their apps with different capabilities than their websites. The reasons ranging from avoiding app store revenue shares, which precludes buying on the Kindle app, to focusing on a mobile-first experience, which precludes paying via the Venmo website.

In any case, Google is again turning its attention to tabs. In Chrome OS 81, it has added graphical site previews to touch-friendly tabs that appear with a swipe down from the top. The experience evokes the way Internet Explorer handled them back in the Windows RT days. Like other Chrome OS touch accommodations, it functions only when a Chromebook is in "tablet mode," i.e., when no keyboard is attached. Following this come reports that the company will formalize the grouping of tabs for better organization in Chrome, which has been available on an experimental basis.

Both moves come on the heels of Microsoft demonstrating vertical tabs coming to Edge, announced as part of the Microsoft 365. These may not be as useful for organization as Chrome's tab grouping (the utility of which can also be addressed with multiple windows and even multiple desktops) and won't do much for touch friendliness, but it's easy to see how a grouping function could be added in the future. Even at launch, vertical tabs will do a better job at distinguishing among tab titles as the number of open tabs in a window grows. This is particularly true when one may want access to, say, multiple YouTube videos or ZDNet articles that all share the same favicon. Ultimately, neither enhancement precludes the other if the browser rivals want to build upon each other's work.

Rebuilding the Edge browser: Google's old code, Microsoft's new mission
The browser wars may not be as important as they once were, but Microsoft's adoption of Chromium could help it return from the Edge of irrelevance.

Lenovo's IdeaPad Duet Chromebook is the little $279 2-in-1 I've been waiting for
The tiny Chrome OS detachable two-in-one is a sweet ultraportable work and play companion.