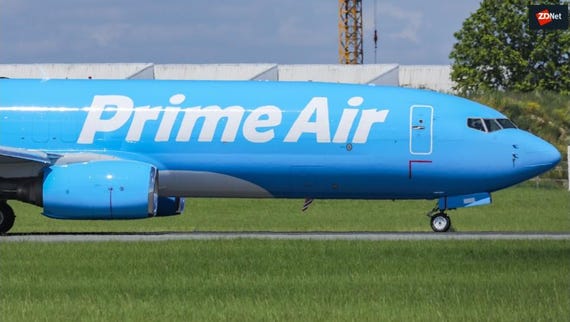 Amazon on Wednesday announced it's leasing 12 Boeing 767-300 converted cargo aircraft, expanding its Amazon Air fleet to a total of 82 aircraft. The expansion of Amazon's logistics network comes as the ongoing COVID-19 pandemic compels consumers to do their shopping online.

"Amazon Air is critical to ensuring fast delivery for our customers – both in the current environment we are facing, and beyond," Sarah Rhoads, VP of Amazon Global Air, said in a statement. "During a time when so many of our customers rely on us to get what they need without leaving their homes, expanding our dedicated air network ensures we have the capacity to deliver what our customers want: great selection, low prices and fast shipping speeds."

One of the new aircraft joined Amazon's air cargo operations in May, and Amazon is expected to get the remaining 11 in 2021. The new planes are being leased from Air Transport Services Group (ATSG), a business that relies heavily on its partnership with Amazon -- 29 percent of its first quarter revenues came from the e-commerce giant.

Amazon launched the Amazon Air network in 2016, as part of its efforts to build its own, expansive logistics network. In addition to assembling its own fleet of planes, Amazon has put together a network of ocean freighters, trucks and local delivery vehicles, all while exploring new shipping options like robots and autonomous drones.

Building its own shipping and delivery network can help Amazon cut down on costs as it manages its growing customer base. In just the past few months, the pandemic has thrown Amazon operations into overdrive. The company recently announced plans to hire more than 100,000 new employees to cope with COVID-19 demand.

Join Discussion for: Amazon expands its fleet of cargo aircraft