To be built on a temporary land area spanning 40 acres, the "modular" system is expected to generate 80,000 megawatt hours of energy annually, which will be tapped to power Amazon's operations including data centres and fulfilment facilities.
Written by Eileen Yu, Contributor on March 15, 2021 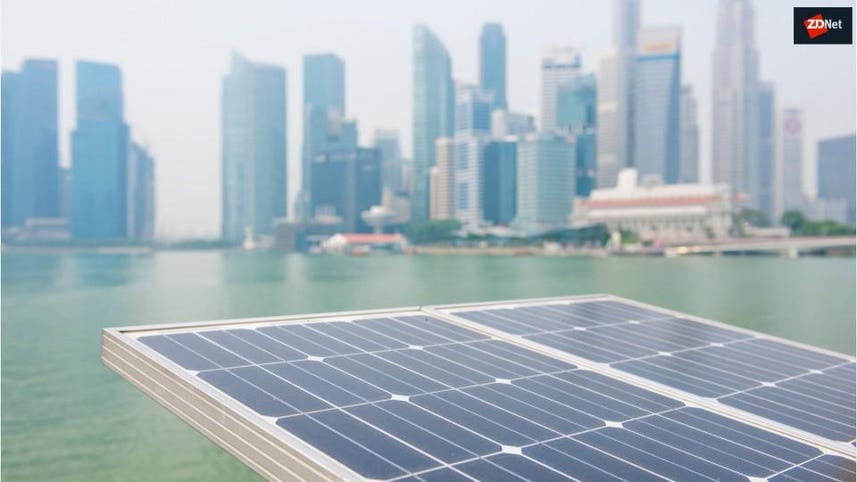 Amazon has unveiled plans to tap a ground-mounted solar system in Singapore that is expected to generate 80,000 megawatt hours of energy a year. To be deployed by local solar energy vendor Sunseap Group, the 62-megawatt (MW) solar network will be used to power Amazon's operations, including data centres and fulfilment facilities.

The installation would sit on a temporary vacant land spanning 40 acres and was part of a contract awarded to Sunseap by local industrial estate provider, JTC . Slated for completion next year, the site would be the largest aggregated mobile solar system to be rolled out in the city-state, said Sunseap in a statement Monday.

It added that the ground-mounted solar system, unlike typical fixed installations, were designed to be "modular and flexible" so they could be moved and redeployed when the land was reclaimed for other uses.

Power generated by the solar panels would be tapped by Amazon to further push its target of operating on 100% renewable energy by 2030, said Amazon Web Services' Asean managing director Conor McNamara in a post Monday. He added that the company was on track to reach that goal by 2025.

The Singapore agreement will be Amazon's fifth such initiative in Asia-Pacific, where it also taps three wind and solar sites in Australia and one solar installation in China. Collectively, these generate 411MW of installed capacity, churning more than 900,000MW hours of renewable energy.

The 80,000MW hours of energy projected to be generated from the agreement with Sunseap would be sufficient to power more than 10,000 homes here, according to Amazon, which 35 renewable energy initiatives worldwide boast a total capacity of 6.9 gigawatts, delivering more than 20 million MW hours of energy a year. Apart from ground solar and wind systems, these installations also include solar rooftops.

Several of Sunseap's recent installations in Singapore had been rooftop implementations, including an agreement it inked last year with Facebook to install solar panels atop 1,200 apartment blocks and 49 government buildings across the island. Also expected to be completed next year, the system would reach 100MW-peak capacity. Sunseap in 2015 also signed a deal with Apple to power the US company's operations in Singapore.

Google last September partnered with local energy companies Sembcorp Power and Sembcorp Solar on in a multi-year deal to tap power from solar panels installed on the rooftops of 500 public housing flats. The partnership would enable the solar power generated to go "directly into the electricity supply" of Google's operations.

The Singapore government last month unveiled the country's Green Plan 2030, outlining a decade-long roadmap to address climate change and move towards its ambition of achieving net zero emissions. The plan comprised various initiatives and targets including quadrupling solar energy installations by 2025, slashing waste to landfill by 30% by 2030, and having at least 20% of schools be carbon-neutral by 2030.