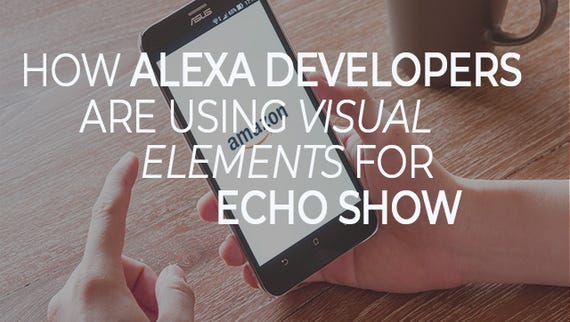 It was a big year for Alexa, according to new end-of-year figures Amazon released about its smart assistant, its Alexa-powered Echo devices, and the thousands of other brands that use it in their devices now.

Amazon says it sold "tens of millions" of Echo devices this year and that the Echo Dot was the top seller globally on Amazon from any manufacturer on Cyber Monday, with millions of other Echo devices sold worldwide that weekend.

Amazon shipped 6.3 million Echo devices worldwide in the third quarter of 2018, 400,000 more than Google shipped of its Home smart speakers, according to analyst firm Canalys. It forecasts that worldwide smart speaker sales will reach 75 million for 2018.

Echo devices aren't the only way Alexa is reaching new users. Amazon says the number of products with Alexa built-in more than doubled in 2018 via integrations in PCs, headphones, wearables, and smart home devices. Amazon's Echo Auto is gaining a presence in vehicles through partnerships with Audi, BMW, Ford, Lincoln, Lexus, SEAT, and Toyota.

Another milestone was Alexa's integration with Microsoft's Cortana, which allows users to talk to Cortana via Echo and to Alexa on a Windows 10 device.

Thanks to these integrations, and despite Echo losing marketshare to rivals, the number of people talking to Alexa each day doubled in 2018.

Other highlights were that developers have now built more than 70,000 skills for Alexa, while there are now 28,000 Alexa compatible smart home devices from over 4,500 brands -- a 600 percent increase over the year.

Join Discussion for: Amazon: We sold tens of millions of Echo...