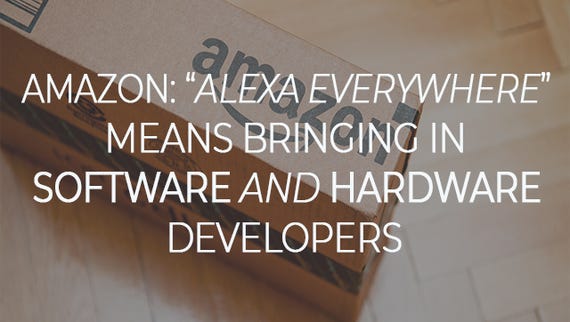 Amazon launched more than 70 new products -- new Echo Auto, Echo Show, Echo Dot, Fire TV Recast and even a wall clock -- as it continues to put Alexa everywhere. But don't be diverted. Amazon got to this point in the smart assistant race by winning the developer ground war and adding features at a pace that rhymes with Amazon Web Services.

Now by the numbers Amazon didn't have a new application programming interface or Alexa feature for every new device, but it felt like it did as David Limp, head of Amazon's device unit, rifled through product updates and demos. Locks, clocks, microwaves and a bunch of other items will soon have Alexa. Limp said Amazon is making Alexa more "conversational" and less "transactional." "And we've been making Alexa more approachable," added Limp.

Alexa's features include new music release notification, email management, step-by-step cooking, location-based routines that enable the assistant to turn on the lights when you pull up to the house, Guard, where Alexa can turn on lights when it senses trouble, and Hunches to anticipate better.

Add it up and Amazon is making a promise to consumers that Alexa will only improve. The strategy is similar to the way Amazon manages AWS. You go in with AWS and rest assured Amazon will keep developing. Amazon's device strategy essentially boils down to Alexa everywhere. Last year, Amazon outlined a bevy of new Echo form factors to expand Alexa's reach. At CES 2017, Alexa was a headliner and embedded into a range of devices.

Features like Guard, where you can tell Alexa you're leaving and the assistant will send you alerts about the sound of glass breaking or alarms, simply make the smart home better. Location-based routines have a similar effect. Hunches enable Alexa to ask you if you want the lights off when you say goodnight.

These features don't happen without developers or a device strategy that is relentless.

As for the developer tools, Amazon introduced the Alexa Presentation Language, which allows programmers to make Echo Show more useful.

The Alexa Presentation Language (APL) is in preview and allows developers to build voice experiences with graphics, images, slideshows and video. These experiences can be customized by device.

Developers will be able to control how graphics flow with voice, customize visuals and adapt them to Alexa devices and skills.

APL components will cover scrolling, pagers and sequences, layouts, synchronization and HTML5 in the coming months.

To go with the Smart Screen SDK, Amazon also provided a Smart Screen Dev Kit to create Alexa built-in devices. The kit is based on a production-ready ARM Cortex-A53 chipset that hosts the Alexa client software and audio front end technology for 'Alexa' wake word detection. It features a 4-inch touch screen, a 3-mic array for far-field speech recognition, the Amazon wake word engine, and includes the new Alexa Smart Screen and TV Device SDK and a sample voice-forward GUI.

These screen-based efforts play into the updated Smart Home Skill API, which is also in preview. The Smart Home Skill API developers can better combine components to add voice control for features in one skill. Custom intents and binary features such as turning on the lights can now be combined in one skill. Moen, Ecobee and iRobot are some of the companies using the updated API.

Voices carry, but is business ready for where Alexa will carry us?

The rise of conversational interfaces in our homes has been meteoric. Now Alexa and company are moving rapidly into the business world, and being integrated -- with mixed results -- with AI and other systems to carry out business tasks. How's that going?

Getting started with Alexa and smart home tech for under $100

It's hard to believe how much the price of smart home tech has come down. We show a bunch of ways to save money, including a configuration that will let you control five devices with an Amazon Alexa, all for under a hundred bucks total (including the Echo). 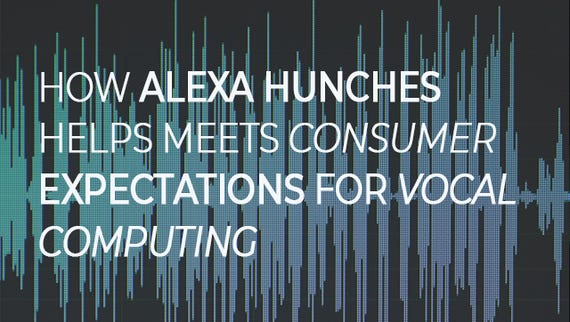