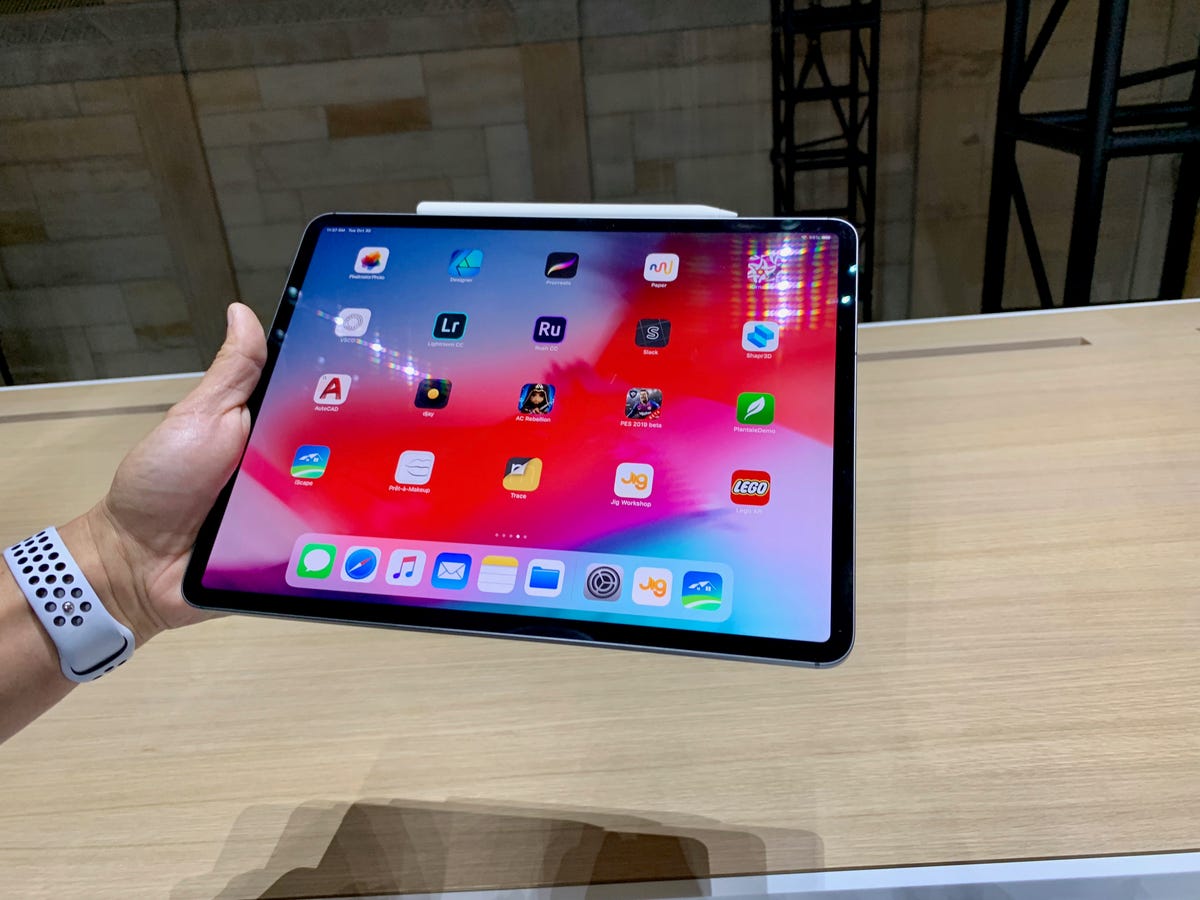 My friend Edith asked for something very specific this year.

She's happily retired and, when an overbearingly wealthy friend wanted to know what she wanted for Christmas, she had only one idea: "Oh, a new iPad Mini would be nice."

Edith -- of course I've changed her name for her own safety -- moves in exalted circles, you understand. And the friend is as exalted as it comes, one of those who believes bigger is better and best is whatever they say it is.

At Christmas, Edith opened the gift from the friend and there was an iPad Pro. The friend knew best, of course.

Edith was crestfallen. She didn't want something so big. She told me: "I want it to do my research on, for travel more often than not. And most often with a notebook in my other hand. And the small one is so much easier to carry when you travel."

But how do you tell someone who thinks they know better that you didn't appreciate their gift? You don't.

So Edith went to an Apple store to beg them to swap her new iPad Pro for a Mini. Of course, she didn't have the receipt, so the Apple store saleswoman had sympathy, but no offer of exchange.

Edith described the scene like this: "I told the rather nice girl in the Apple store the back story. Her swift rejoinder was not, as I was expecting, 'Oh, an iPadPro -- lucky you, it's super, what a fantastic present.'"

Edith talks like that, you see. She really does say "rejoinder." She's what you might call (very) British.

But what did the "nice girl" in the Apple store tell her?

In Edith's words, she was told: "Hmmm, you really only need an iPadPro if you're a graphic designer."

Still, the idea that the Pro is only for graphic designers isn't a line I've ever heard from Apple before. Indeed, the company has been very keen on insisting the Pro is an absolute substitute for a laptop. Even if, well, it isn't.

Apple CEO Tim Cook himself has uttered the words: "Why would you buy a PC anymore?" when contemplating the glory of the iPad Pro.

Of course, the joys of the big screen, the relatively enhanced power and the magical pencil are extremely welcome to graphic designers, many of whom are, in any case, predisposed to using Apple devices. (It's an image thing.)

It's curious, though, that the saleswoman would single them out as the only people who needed a Pro. Why, not so long ago Apple insisted that there existed young iPad Pro users who simply had no idea what a computer even is. And they weren't graphic designers.

Then again, what a wonderful marketing possibility this saleswoman might have uncovered.

In our world of ultimate personalization, why wouldn't Apple create devices for specific professions?

Is that an architect's iPad Pro?

No way. What do you think I am? This is a car salesperson's iPad Pro.

Oh, and in case you're worried about Edith, she bought herself the Mini and gave the Pro to her husband.

He likes to watch movies and TV shows on it. He's an accountant.

Microsoft is right. The iPad is a kid's toy

In its latest ad, Microsoft doesn't pull its punches when it comes to criticizing the iPad, slamming it for not being a "real computer." And Microsoft is right.

Join Discussion for: An Apple saleswoman says this is the only...