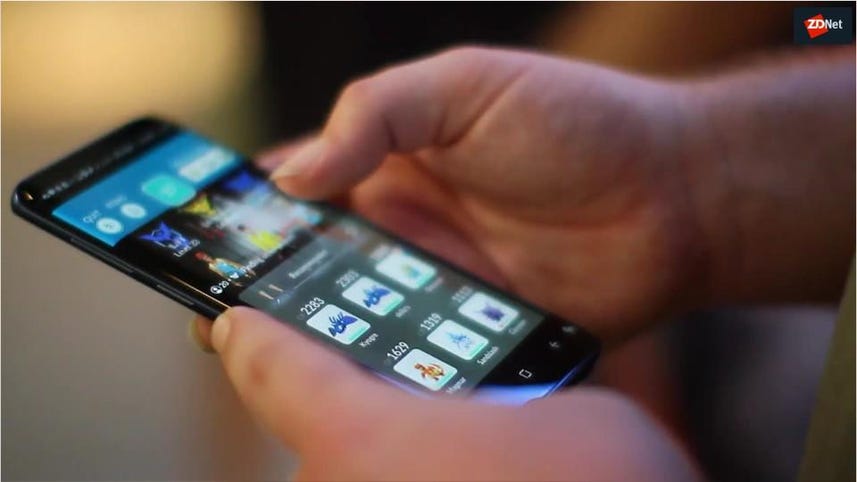 Google Pixel owners, start smashing that update button. Android 10 is launching today for Pixel owners and will expand to partner devices in the coming weeks and months.

Google recently announced it's ditching dessert or sweet names for Android releases, citing differences in how letters are pronounced in different languages as causing confusion amongst users. So, instead of Android Quiche, we now have Android 10.

Android Q -- er Android 10 -- made its debut in March through the Android beta program, leading up to Tuesday's official release. Some highlights of the new Android OS include a new Night Theme, new accessibility features, improved privacy and security initiatives, and enhanced parental controls.

With Android 10 now official, let's take a look at everything included in the update.

Also: The Pixel 3A is official: Here's what you need to know

Starting Tuesday, Sept. 2, Android 10 is rolling out to Pixel phones. If you own a Pixel phone, you can go to Settings > System > System Update.

As usual, if you have a phone from a different manufacturer, the timing of when you'll receive the update can vary from a few weeks to several months. Some vendors, however, did participate in the Android beta program by providing test builds for their handsets. In theory, those devices should have a shorter wait.

Devices included in the beta

Google list of supported devices -- outside of its Pixel line -- includes 21 total devices from 12 different OEMs.

As is usually the case, Google only talks about a handful of features that it feels are important to users and developers alike. As we continue to test and use Android 10, we'll surely find new features and will update this post as needed. In the meantime, here are some features Google has talked about.

The biggest area of focus of Android 10 appears to be related to user privacy. For example, users can now limit when an app has access to their location. In the past, you either gave an app access to your location, or you didn't. Starting with Android 10, you can limit an app's location access only when you are using the app.

There are also finer controls for file management, restricting access to device identifiers such as the IMEI, serial number, and other IDs that can help track a user.

Similar to Facebook Messenger's Chat Heads, Bubbles will display small circular, floating alerts on top of whatever it is you're currently doing on your Android device. Users will have to approve each app that wants to use Bubbles as a notification method, so your screen shouldn't be overrun with alerts from every app you have installed.

I think every Android user can relate to how slow the share sheet loads. Right now, you tap on the share button, and then have to count to ten while the various apps and shortcuts populate and rearrange themselves a handful of times. With Android 10, Google has created new tools that make it possible for the share sheet to load instantly.

At I/O, Google confirmed an official Dark Theme is coming with Android 10. The new theme will darken the interface, reducing strain on your eyes as well as saving battery life.

For deaf users, Google is adding a Live Caption feature that will add subtitles to any video being watched on the phone. You won't need a data connection to use the feature -- it's all done on the device itself.

With devices like the Galaxy Fold and Huawei X coming, Android 10 includes features to better support for detecting when an app has been paused (perhaps when a display is folded) and when it needs to be resumed (after opening the device), as well as enhanced support for resizing of apps.

Google's Pixel line of phones does a fantastic job of capturing depth in a photo despite only having one camera. Google is integrating some of that technology into Android 10, giving developers and device makers access to the image and the Dynamic Depth captured alongside it through new tools.

Android 10 adds gestural navigation to the Android platform. Instead of using the staple navigation buttons Android has always had, users swipe and gesture across the screen to go back, return to the home screen, open the app drawer, and trigger Google Assistant. In the final beta release, Google continued to tweak and change how gestures behave in Android 10 -- and then tried to explain its reasoning. It's still confusing to use.

If terms like Native MIDI API, ANGLE on Vulkan, or Neural Networks API 1.2 are more your thing, then be sure to read through the bottom section of this Android Developers blog post, where the company details those new features, along with new Wi-Fi performance modes, improved peer-to-peer and internet connectivity.

Android 10: What happened to Q?

We had plenty of guesses and ideas concerning what the Q in Android Q could stand for, but Google opted to ditch the dessert naming scheme altogether and move to a numbering scheme. Android Q is now Android 10, and going forward, we can expect numbers over sweets.