Apple Arcade and Google Play Pass: How these gated communities could upend the app experience

David Gewirtz takes a look into how making a few apps into safe, premium buys might change the free-for-all nature of app stores. From Kanye West to Candy Crush to Kim Kardashian to Pokemon Go, this article has it all.
Written by David Gewirtz, Senior Contributing Editor on Sept. 25, 2019 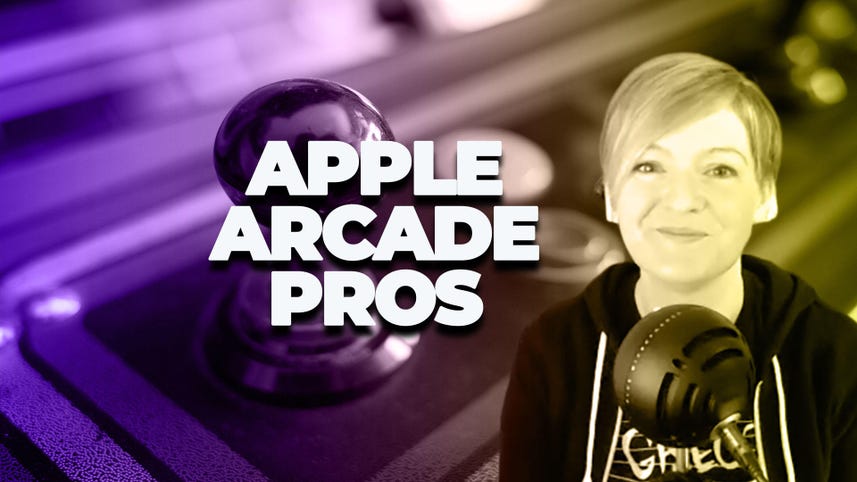 On the day in 2008 when Apple announced the App Store, I went out and bought an iMac. Although I used Macs back in the 1980s (and held the odd title of "Godfather" at Apple for managing one of their teams), I had given up on Macs in 1990 when Windows 3.0 came out.

But as someone who had been in the software industry for years, I could see the game-changing potential of the App Store. At that time, a 30% cut was good -- brick and mortar retail distribution often took a 60% cut or more. Plus, being able to guarantee distribution (subject to Apple's then-arcane approval policies) and an established audience was a huge opportunity.

So that day, I decided I was going to develop App Store apps. Every morning after that, I carefully sifted through all the apps in the App Store to get a feel for what was new. By the time I had my first app ready, a month had passed, and the App Store had over 25,000 apps. It was no longer possible to page through the App Store listings and look at  every app.

I was never truly serious as an app developer. I had a full-time gig that kept me busy enough. That said, I decided to invest a month to see where it got me. I found the experience both invigorating and disappointing.

Someone cloned one of my more popular apps, to the point of even stealing the promotional copy and using it, word-for-word. Despite numerous complaints to Apple, the company never de-listed the copycat. By the time I stopped paying for my developer certification (and therefore getting paid for my apps), there were 16 nearly identical clones of my original app.

All this was before in-app purchases changed the app business model.

If you thought the App Store was spammy and scammy before in-app purchases, it was nothing compared to apps distributed for free, that then conned, pressured, and manipulated customers into spending way more on add-ons.

Within a short period of time, the App Store model had found its way to Android, along with the same in-app purchase experience. Although increasingly unpleasant for consumers, this was clearly not just a chump-change business opportunity for app vendors.

In-app purchases proved to be wildly successful for software vendors, particularly those with games. I did a gallery back in 2017 of 25 Android gaming apps, each producing more than a million dollars in revenue per year, and a few breaching the billion-dollar barrier.

Big bucks transformed the mobile gaming market. With a few limited exceptions, you could no longer just buy a game outright, like you do for consoles. Instead, consumers could download and try a game for free -- and then had to spend incrementally for nearly every additional game feature.

While some users played only the free "demo" levels, and some controlled their spending on upsells, the market was full of "whales" who spent far more via in-app purchases than they ever would have if they'd been able to just buy the games outright.

In 2016, TapJoy did an analysis and determined that "whales" accounted for 70% of the in-app game revenues for most games. According to AdWeek, "These whales make approximately 7.4 in-app purchases per month, for a median average revenue per paying user (ARPPU) of $335."

As much as I like games, I found I stayed away from the casual mobile gaming genre. When I play a game, it's because I want to get out of my head and into the game's world. I don't want to have to be yanked back into the real world to make nickel-and-dime purchasing decisions throughout my gaming sessions.

I'm not alone. As far back as 2014, Thomas Baekdal wrote an insightful piece entitled, "How In-app Purchases Have Destroyed The Industry." In it, he documented how once-fun games became almost impossible to play after in-app purchases were introduced as a business model.

Dungeon Keeper, for example, was released in 1997. In 2014, the exact same Dungeon Keeper was released by EA for iOS and Android and featured in-app purchases. He showed how micro-transactions slow down game play, primarily to annoy players into paying for play.

As Baekdal put it, "We don't have a mobile gaming industry anymore. We have a mobile scamming industry." He continued, "Playing a game means that you have fun. It doesn't mean that you sit around and wait for the game to annoy you for so long that you decide to pay credits to speed it up."

And that was written five years ago. Mobile gaming has become even more of a cesspool since then.

Let's be clear. This mobile cesspool wasn't created in a vacuum. It's not like Apple and Google were shining stars of probity. In-app purchases are available at the pleasure of the app store operators, and Apple and Google each get considerable cut of in-app sales.

Take, for example, King's Candy Crush Saga. Of the nearly $1.6 billion dollars netted by Candy Crush, Apple's take is roughly 30%, or about $480 million. Pokemon Go broke $2 billion, so Apple's take on that was closer to $600 million. In other words, in-app purchases from just the top two free-to-play games on the App Store netted Apple more than a billion dollars.

Clearly, Apple is not going to want to give up this in-app revenue anytime soon. Neither will Google want to forego in-app revenue from the Google Play Store.

So, in that context, why are both companies introducing subscription plans that eliminate the in-app purchase pain point? Won't Apple and Google wind up cannibalizing their in-app game revenue stream?

Not so much. To illustrate this, we can turn to Kanye West and Kim Kardashian. They let their two year old child play with iPad games. When the games constantly insisted on dunning the child, Kanye exploded on Twitter (using decidedly non-family-friendly language).

But there was one tweet we could repeat, which goes to one of the reasons these new subscription programs have legs. Kanye tweeted, "If a game is made for a 2 year old, just allow them to have fun and give the parents a break."

There is an audience -- like Kanye, like me -- who hate in-app purchases and will avoid games because of them. This cohort of consumers represent an opportunity for Apple and Google to extend their market, to add an additional service stream, and quite possibly take more of the pie for themselves.

At $4.99 per month for a family, both plans are great deals. For less than $60 a year, an entire family can play a wide selection of games at will, with no additional fees, no interruptions, no upsells, and no buyer fatigue.

What's not clear is how the app developers will be compensated or even how they're chosen for participation. Clearly, high-end vendors like King won't want to give up their in-app purchase revenue. This means that the gaming programs are likely populated with mid-tier gaming companies capable of producing a fine product, but without the huge upside seen by the top free-to-play vendors.

But that's not the point. From a consumer perspective, these new subscription programs represent a higher level of curation and reduced hassle, all for the annual cost of one triple-A console game.

Subscribers are, by the very nature of the service, protected from constant upsells. Apple and Google have created what's essentially a gated community -- a safer, if somewhat limited, secure enclave where mobile gaming seems more old school, more pleasant, and less stressful.

The big question is how this will scale over time. Like the Netflix discoverability issue we discussed last week, the more games offered, the harder it will be for consumers to find and choose (and the harder it may be for vendors to get their share of the engagement profits). The fewer the games offered (or the fewer name offerings) the less attractive the service will seem. The big challenge facing Apple and Google will be threading this needle.

Will these services be limited to a few hundred games, perhaps rotating in and out of the service, or will we see five hundred less-than-stellar games in five years?

Only time will tell. Stay tuned. I'm guessing even Apple and Google don't know the answers to these questions right now. As we come to see how well consumers adopt these programs, we'll have a much better insight into what may be possible into the future.