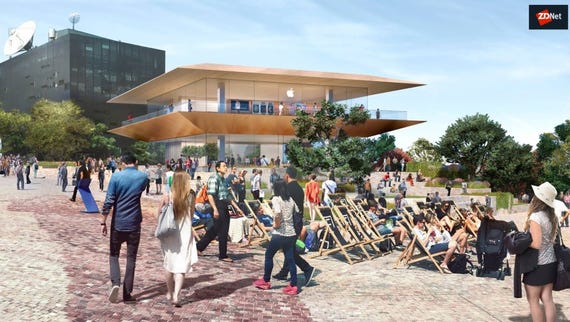 Apple Australia increased its pre-tax profit to AU$255 million for the financial year ended September 30, 2017, almost doubling the AU$132 million posted for the year prior.

Over the course of the year, revenue increased from AU$7.6 billion to AU$8 billion, which was made up of AU$7 billion in product sales and AU$975 million of services. The cost of sales rose in line with revenue, increasing by roughly AU$400 million to AU$7.3 billion.

Once the income tax charges are taken into account, Apple Australia posted AU$72.4 million in net profit after tax, a significant increase on the AU$3.7 million posted in 2016.

The company, which has Apple Operations International in Ireland and Apple in Cupertino as "immediate and ultimate holding companies", paid only AU$22 million in dividends, compared to AU$212 million last year.

In November, Apple posted its fourth-quarter results, with revenue growing by 12 percent year on year to $52.6 billion, and the first quarter of this year forecast to bring in $84 billion to $87 billion in revenue, and a margin of around 38 percent.

Thanks to the first quarter including the sales of the iPhone X, Apple is expecting it to be its biggest quarter ever.

"Not everybody agrees with this, but would people have really preferred us to have said 'no, absolutely not, go and put your iconic Apple store up in Sydney?'" the premier said at the time.

More than 50,000 people have signed a petition against the plan to knock down the Yarra Building to make way for the store that bares a striking resemblance to the humble toasted sandwich.

Over recent months, Apple has also found itself in hot water with a section of its user base for limiting the performance of iPhones in order to extend battery life.

Apple CEO Tim Cook said earlier this month that Apple could have been clearer with its users when it deployed iOS 10.2.1 which introduced the feature.

Cupertino said earlier in January that in response to the Trump corporate tax cuts, it plans to repatriate some of its overseas cash pile, and will pay $38 billion to the United States when it does so.

At the same time, it will spend $30 billion on capital investment within the US, including $10 billion for data centres.

Wireless charging and fast charging might be a great solution to the pressures that more power-thirsty devices are placing on batteries, but these solutions could very well cause other problems down the line.

Dear Daniel Andrews, Sydney already has an Apple store in its CBD, and probably doesn't need the toasted sandwich that Melbourne will get.

How to turn off battery throttling on your iPhone (TechRepublic)

Developers with access to the iOS 11.3 beta can upgrade today.

The HomePod faces tough competition from Amazon Echo and Google Home, but may have an edge when it comes to how it collects user data.