Apple iPhone unit sales expected to decline again, even as some models shine

With Apple's second quarter earnings on deck next week, analyst predictions for iPhone unit sales are predictably rolling in.
Written by Natalie Gagliordi on April 17, 2019 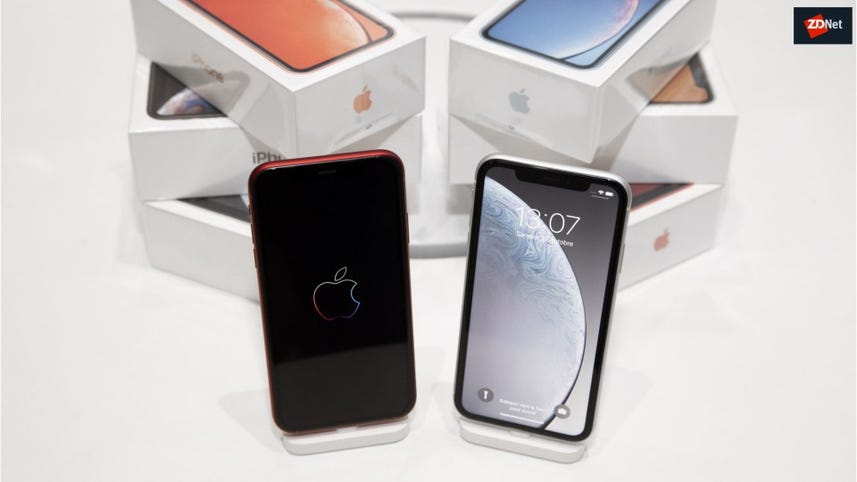 Most of the negative predictions stem from Apple's first quarter results, in which the company said iPhone revenue declined 15% from the previous year. This came after Apple lowered its revenue expectations in January citing rough Chinese market conditions and fewer iPhone upgrades than expected.

Nevertheless, media research firm OTR Global issued a new investor note estimating that Apple shipped between 37 million and 42 million iPhones during Q2 2019. Wall Street analysts are expecting shipments between 40 million and 45 million. Citing supply chain experts, the research firm posits that the relative miss is due to weak demand for the iPhone XS and XR models.

Research firm Cowen expects Apple to report iPhone sales that are down a low-single percentage rate. The firm notes that Apple's active installed base is over 900 million units with the average age approaching five years, implying a replacement demand of roughly 180 million units.

Meantime, Counterpoint Research released data on Wednesday that crowns the iPhone XR as Apple's best-selling smartphone for the month of February. According to Counterpoint's monthly US smartphone churn tracker, the XR was responsible for more than 26% of all iPhone sales during the month. The iPhone XS Max counted for 13% of Apple iPhone sales and was the company's second-best-selling smartphone, according to the firm's data.

Counterpoint's data isn't all that surprising. Apple CEO Tim Cook said on the company's Q1 earnings conference call that the iPhone XR was its most popular model, followed by the XS Max and then the XS. Translated, that means Apple's most popular iPhone is its cheapest, and its most expensive phone is in second place. Apple's global active installed base of iPhones reached 1.4 billion in the first quarter.

The Cupertino tech giant no longer breaks out iPhone unit sales as part of its quarterly financial reports, making it tough to gauge the veracity of these kinds of analyst predictions. But some comparison can be found in Apple's second quarter report from 2018, in which the company said it sold 52.2 million iPhones -- up 3% from the year-ago quarter -- on revenue of $61.1 billion. Apple reports Q2 earnings on April 30.