Full Bio
Posted in Between the Lines on September 6, 2018 | Topic: Security 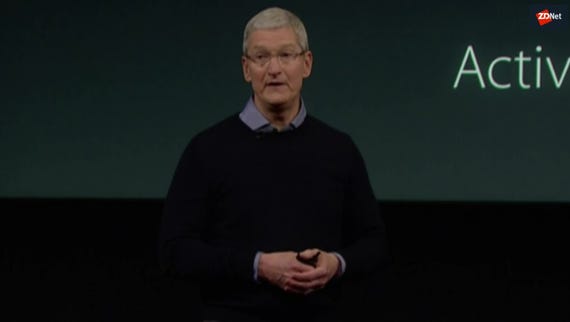 In a letter to a member of Congress this week, Apple detailed the ways it's working with law enforcement agencies to help them obtain digital evidence. Among various steps it's taking, Apple said it plans to launch an online portal from which authorized law enforcement officers can make and track requests for data from the company.

The letter, obtained by ZDNet's sister site CNET, said the portal should launch later this year. At that point, law enforcement officers from around the world can apply for authentication credentials to use it.

Apple has a reputation for pushing back against law enforcement requests for assistance, when those requests raise privacy or security issues. In 2016, the company pushed back on a court order that demanded it build custom software to crack the encryption on a terrorist's iPhone.

However, Apple cooperates a great deal with law enforcement, as Apple general counsel Kate Adams points out in the letter. In 2017 alone, the company responded to more than 14,000 requests from local, state and federal agencies related to more than 62,000 devices, accounts or financial identifiers in the US, she wrote. Apple has also trained nearly 1,000 law enforcement agents in digital forensics.

In addition to creating a new portal, Adams said Apple is building a team of professionals dedicated to training law enforcement officials around the world. The company also plans to build an online training module that mirrors its in-person training.

Adams sent the letter to Sen. Sheldon Whitehouse (D-R.I.) in response to a report from the Center for Strategic and International Studies called "Low Hanging Fruit." When the study was released, Whitehouse said the report brings attention to digital forensics issues that often get overshadowed by "sexy topics like encryption that take up a lot of bandwidth in academia and policy making circles."

The report specifically offers ways to address the challenges that law enforcement agencies face identifying and obtaining non-encrypted data. Whitehouse said these "more routine challenges present low-hanging fruit for those of us came to Washington seeking to solve problems."

Join Discussion for: Apple is building a portal to field police...