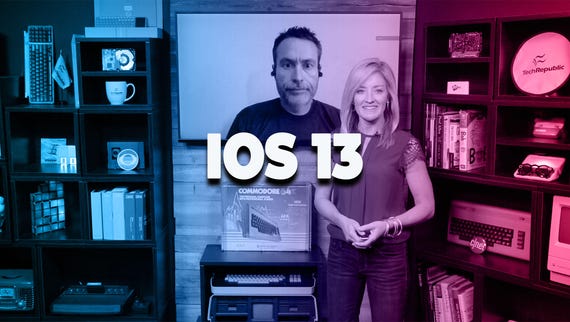 When Apple first unveiled iOS 13 at WWDC, the company announced a public beta would be available in the coming weeks. Starting Monday, if you want to help Apple test the next version of iOS, you can sign up for the beta program. (The beta program website is currently down for maintenance but will be live today with the beta downloads.)

It's a good idea to create a backup of your iPhone before installing iOS 13. Should you want to leave the beta program, you'll need to factory reset your phone, and you won't be able to use a backup created on iOS 13. Apple's beta page walks you through the process. If you don't like dealing with issues and sending feedback to Apple when things don't work (and trust me, there will be things that simply don't work), then you should probably stay away from the beta until closer to launch. Find a list of devices that will run iOS 13 here.

As is the case with every big iOS release, iOS 13 adds several new features to the iPhone. There's now a dedicated dark mode that should save battery life, the ability to swipe on the keyboard to type, improved privacy features, and other refinements.

The iOS 13 public beta will run until the official release this fall, typically in September. Are you going to try out iOS 13 while it's in beta? Let us know in the comments below.