Full Bio
Posted in Between the Lines on September 14, 2021 | Topic: Hardware

Apple is launching a new iPad, which is getting a new processor and some features from iPad Pro, as well as a revamped iPad Mini that has USB-C and support for second-generation Apple Pencil.

CEO Tim Cook said the base iPad is its bestselling. "The iPad is more popular and more essential than ever," he said.

Indeed, Apple delivered iPad sales growth of 40% in its latest quarter. Here's a look at the iPad additions. In short, the iPad Mini is the more compelling upgrade, but carries a smaller screen and higher price point.

The new iPad Mini starting at $499

The new iPad mini is available to order and will be in stores Sept. 24. The device is aimed at more on-the-go use cases with 5G connectivity optional. 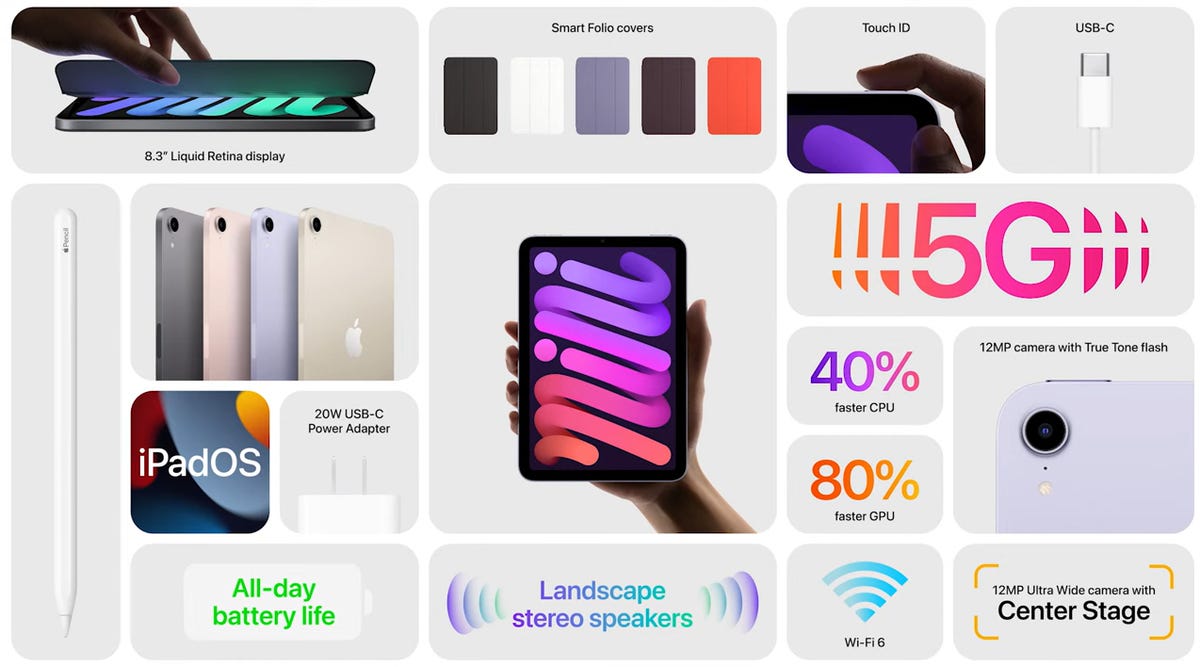